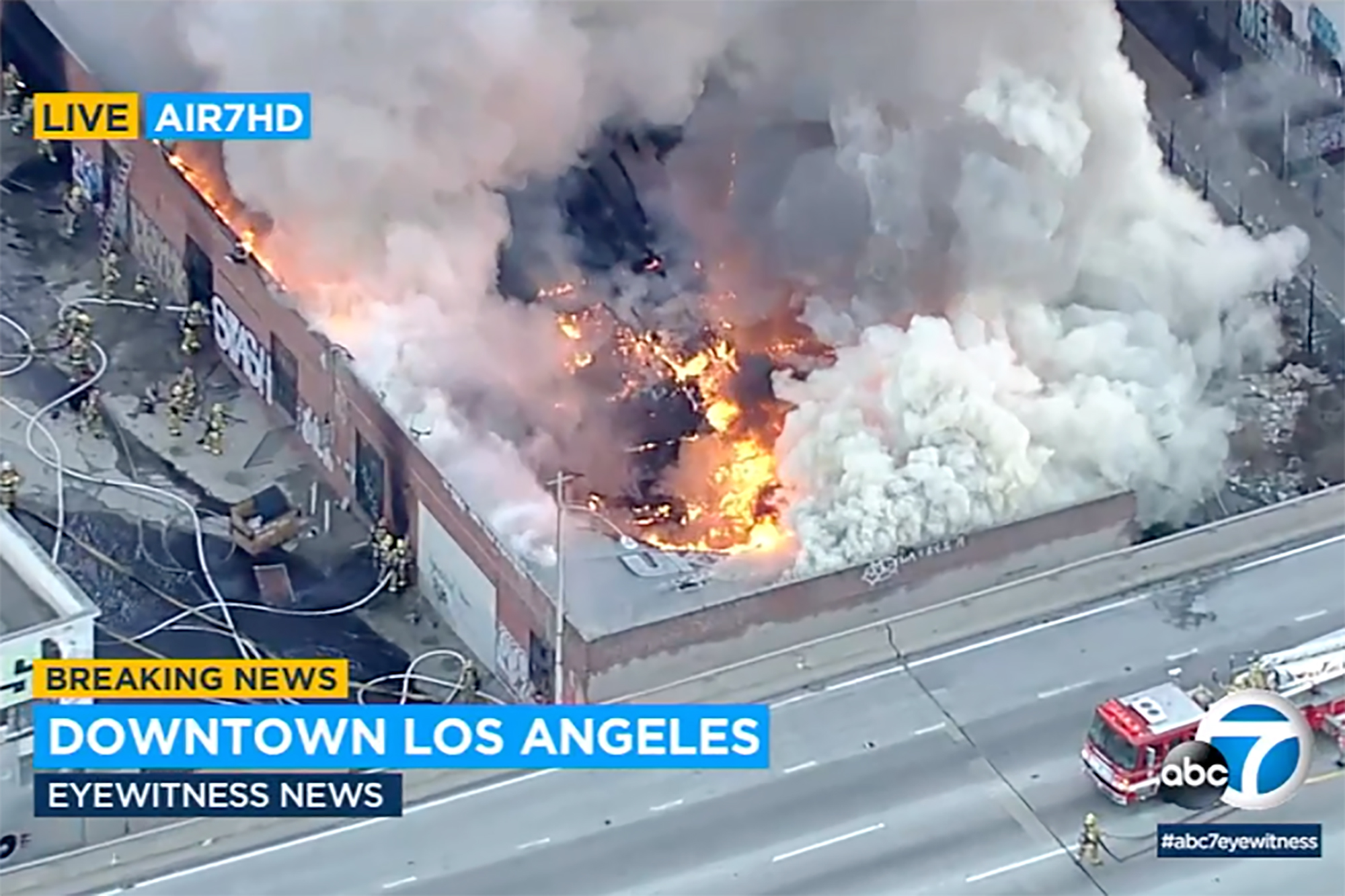 Dozens of firefighters are battling to put out a massive fire that broke out at a commercial building in California Tuesday.

The blazed ripped through the empty one story building just off the 10 Freeway in downtown Los Angeles, CBS Los Angeles reported.

The roof later collapsed, according to the outlet.

Video of the fire shows heavy plumes of black smoke in the air as firefighters pour water on the flames while taking cover on the roof of another building.

The fire department blocked the eastbound lanes of the 10 Freeway to control the flames.

No injuries were reported.