President Trump signed an executive order Tuesday that he said gives Americans “first priority” for US-made COVID-19 vaccines — and vowed to invoke the Defense Production Act if more were needed.

During a White House event, Trump also said the Food and Drug Administration was “just days away” from approving the first vaccine, developed by Pfizer and BioNTech, after which the government would “immediately begin mass distribution.”

Individual states have “designated over 50,000 sites that will receive the vaccine,” which will be provided “free of cost” to Americans, he said.

Trump said his executive order would “ensure that American citizens have first priority to receive American vaccines and then we’re going to be working with other countries all over the world.”

“And I think we’ll be able to start doing that almost immediately also because we have millions of doses coming in,” he added during remarks at the Operation Warp Speed vaccine summit.

Trump also appeared to push back against a report Monday that said he passed on a chance over the summer to secure additional supplies of the Pfizer vaccine, saying he’d invoke the Defense Production Act if necessary.

The law, enacted in 1950, authorizes the president to force domestic industries to produce materials and goods necessary for the national defense.

In April, Trump invoked the DPA so the government could issue contracts for ventilators and N95 masks.

Both vaccines are designed to be administered in two doses per person, meaning those purchases in total would cover 100 million people, about one-third of the US population of around 330 million. 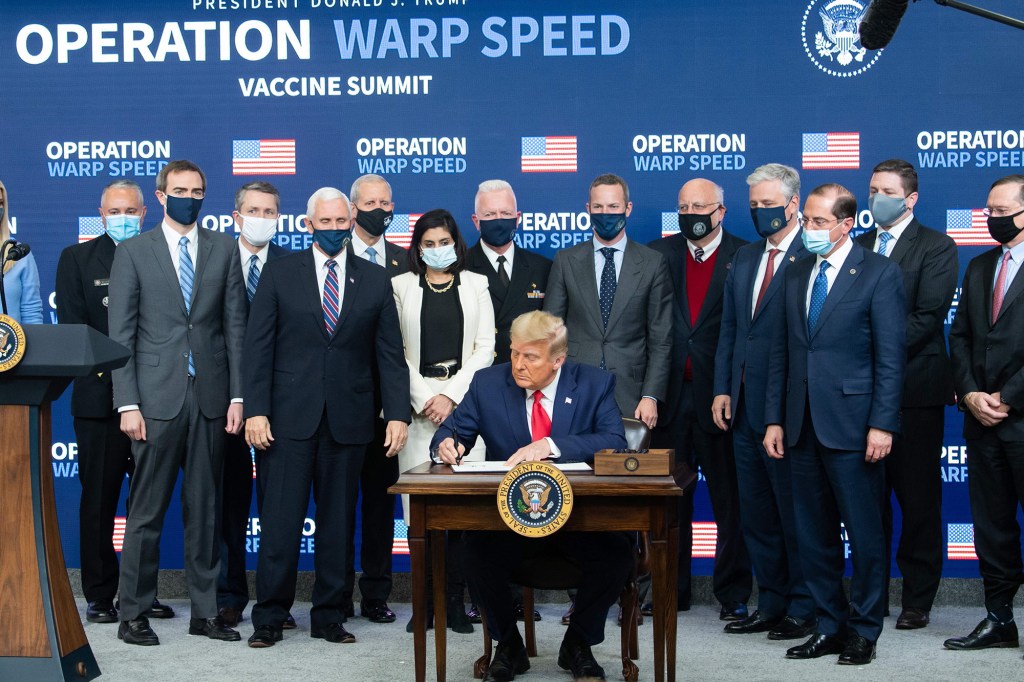 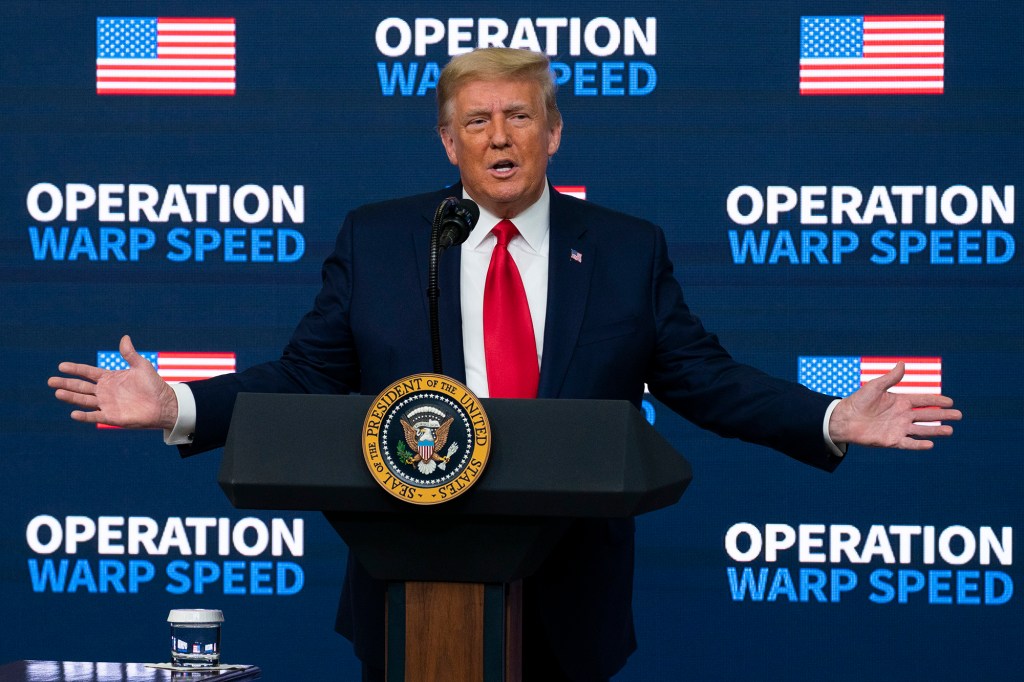 Dead fish have been washing up along a 60-mile stretch…

Following Trump’s remarks, the head of Operation Warp Speed — Trump’s $18 billion plan to rapidly develop and produce 300 million doses of coronavirus vaccines — said that in addition to those from Pfizer and Moderna, there were still “two to come.”

The immunizations could be complete by June, he added.

US Army Gen. Gustave Perna, who is in charge of logistics for Operation Warp Speed, said people would begin being inoculated no later than four days after the FDA granted emergency use authorization.

“We will start to have shots in arms within 96 hours of EUA,” he said. “That’s what I believe with all my heart.”

The White House event took place hours after the FDA released a 53-page report that said Pfizer’s vaccine was highly effective and posed no safety risks that would prevent it from being cleared for emergency use.

The report affirmed findings from Pfizer, which said a clinical trial involving about 44,000 people showed the vaccine was 95 percent effective after two doses, with no disparities based on age, gender, race, ethnicity or underlying medical issues that put people at risk for severe infections.

But the FDA warned that while “high enough vaccine uptake” could stem the spread of the coronavirus, “asymptomatic cases in combination with reduced mask-wearing and social distancing could result in significant continued transmission.”

An FDA advisory committee is set to meet Thursday to consider Pfizer’s vaccine and again on Dec. 17 to discuss Moderna’s version.

The law, enacted in 1950, authorizes the president to force domestic industries to produce materials and goods necessary for the national defense.

In April, Trump invoked the DPA so the government could issue contracts for ventilators and N95 masks.