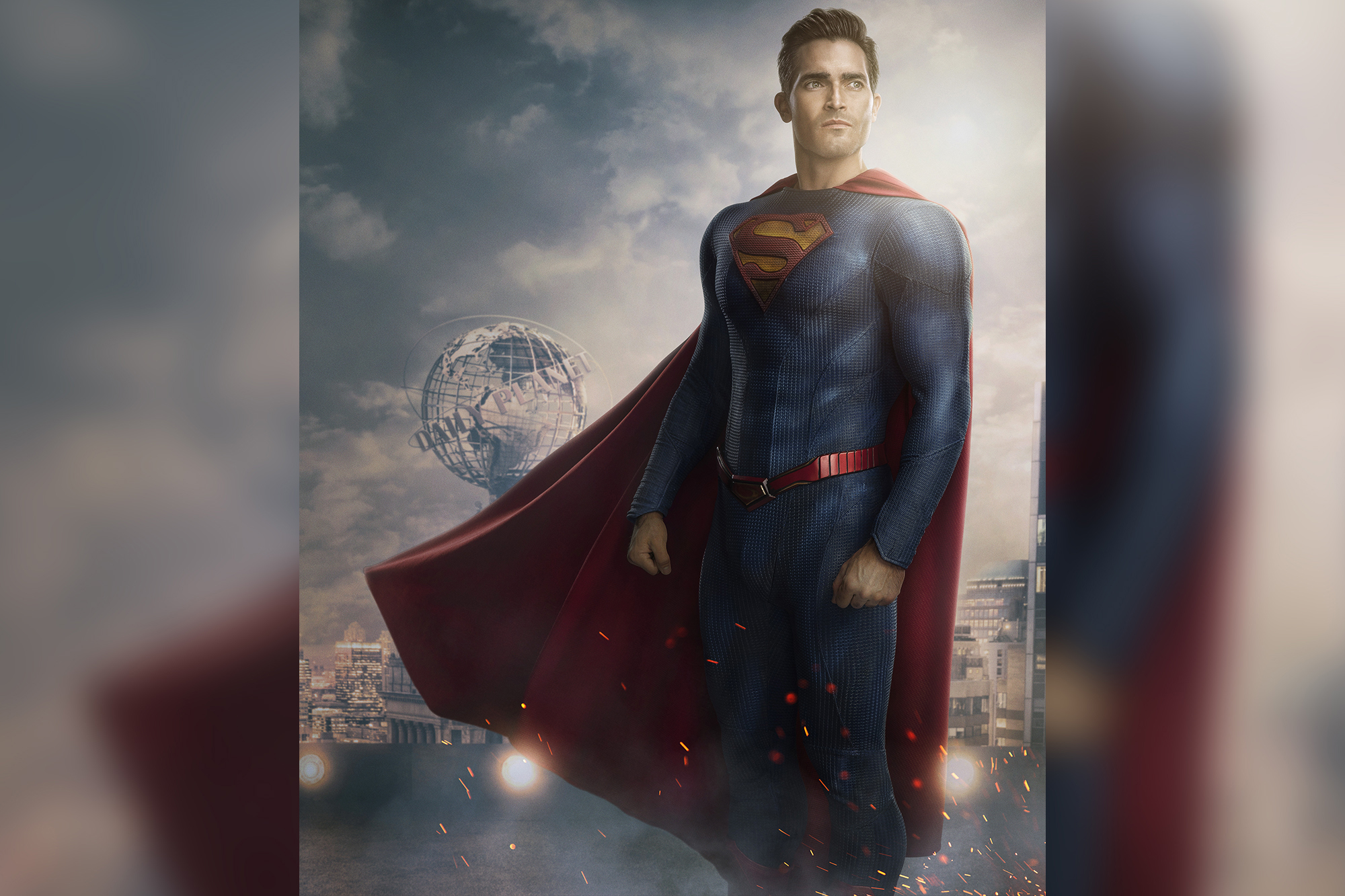 The CW has released the first look at “Teen Wolf” star Hoechlin, 33, as Superman. He’ll don the famous red cape in the upcoming show “Superman & Lois,” starring opposite Elizabeth Tulloch, 39, as Lois Lane.

Hailing from superproducer Greg Berlanti, the series will pick up with Clark Kent — Superman’s alter ego — and Lois already a couple and dealing with the stress of being working parents in today’s society.

Hoechlin’s version of the character isn’t new to TV, as he’s previously appeared in a slew of other CW shows, including the second, fourth and fifth seasons of “Supergirl,” Season 7 of “Arrow,” Seasons 5 and 6 of “The Flash,” Season 1 of “Batwoman” and Season 5 of “DC’s Legends of Tomorrow.”

But “Superman & Lois” will be the first time this version of the character gets his own show.

In the CW’s press release about Hoechlin’s look, the actor didn’t specifically reference Henry Cavill or Christopher Reeve, but he gave a nod to past Supermen as a whole.

“I find that the new suit is representative of the show. Just as this suit is unique and set apart from the ones that preceded it, the story we’re telling about Clark/Superman at this point in his life is unique and something we’ve never seen before,” he said.

“I’ve always felt that the suit doesn’t belong to me; it belongs to everyone that finds some kind of meaning in that suit, in the symbol on the chest. I just happen to be the one wearing it,” he said. “I come from the world of baseball and a line of coaches that always preached that the name on the front of the jersey is more important than the one on the back. Because when you wear that jersey, it represents not only you, but your entire team, and everyone that has ever worn that jersey that came before you. So when I wear the suit, that’s what it means to me. It represents everything that Superman stands for and has stood for, for almost a century now. And I look forward to carrying on that tradition.”

“Superman & Lois” will come out just in time to pick up the slack for the CW’s superhero slate, as “Arrow” ended after eight seasons in January, “Black Lightning” will come to a close after four seasons in 2021, and “Supergirl,” starring Melissa Benoist, will end after its sixth season airs in 2021.