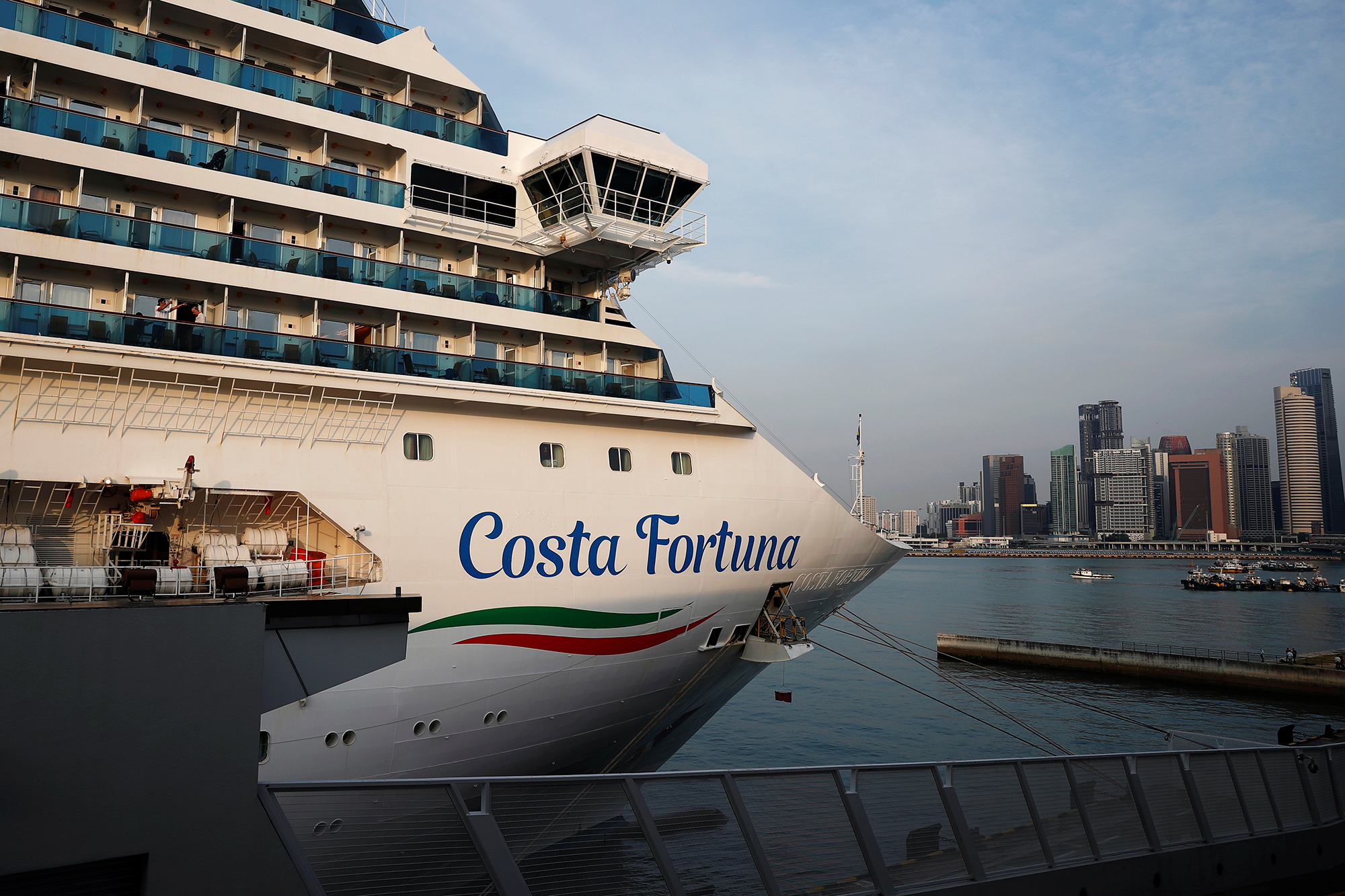 SINGAPORE – A Royal Caribbean “cruise-to-nowhere” from Singapore began disembarking its nearly 1,700 passengers who were confined to their cabins for more than 16 hours on Wednesday after a COVID-19 case was detected onboard, forcing the ship back to port.

All passengers aboard the Quantum of the Seas had cleared a mandatory polymerase chain reaction (PCR) test for the virus up to three days before the four-day cruise began on Monday.

Authorities said close contacts of the COVID-19 patient among the 1,680 guests and 1,148 crew members on board had so far tested negative. The passengers were stuck in their rooms while contact tracing was being conducted.

“I feel relieved, it was obviously a very boring wait,” said Isaac Lung, a 16-year-old student, who had taken the cruise with his parents.

The “cruise-to-nowhere” by Royal Caribbean is one of its first sailings since the Miami-based company halted global operations in March due to the pandemic. The sailing in waters off Singapore is open only to Singapore residents and makes no stops.

The coronavirus patient, an 83-year-old male, had reported to the ship’s medical center with diarrhoea and a subsequent onboard test revealed the infection. He was taken to hospital on Wednesday after the ship returned to port.

However, two further tests from the patient have come back negative for COVID-19 infection, the Singapore Tourism Board (STB) said. Another test will be conducted on Thursday to confirm his infection status.

Other guests were awoken with the news of the infection in the early hours.

“I was like: ‘there it goes, the worst fear has happened’,” said passenger Melvin Chew, a 31-year-old business development manager, who said he learned about the infected guest via an announcement on the ship’s tannoy in the early hours.

All passengers will undergo mandatory COVID-19 testing before leaving the terminal.

The STB said the ship, which returned to Singapore in the morning, began disembarking all passengers at 7.30 p.m. and will complete the process around midnight. It was also being deep-cleaned.

“I am terribly sorry that the cruise ended a day early and ended this way,” the captain told passengers over the tannoy.

The crew will rest overnight and take PCR tests in the morning, he added.

Royal Caribbean said it was cancelling its upcoming trip on Thursday.

The cruises are a part of Singapore’s plans to revive its tourism industry, which has been battered by the pandemic.

Singapore, which has reported just over 58,000 COVID-19 cases and 29 deaths, has barely seen any new local cases in recent weeks.

Precautions for the resumption of cruises in Singapore involved pre-departure testing and for guests to carry an electronic contact tracing device, wear masks and social distance at all times.