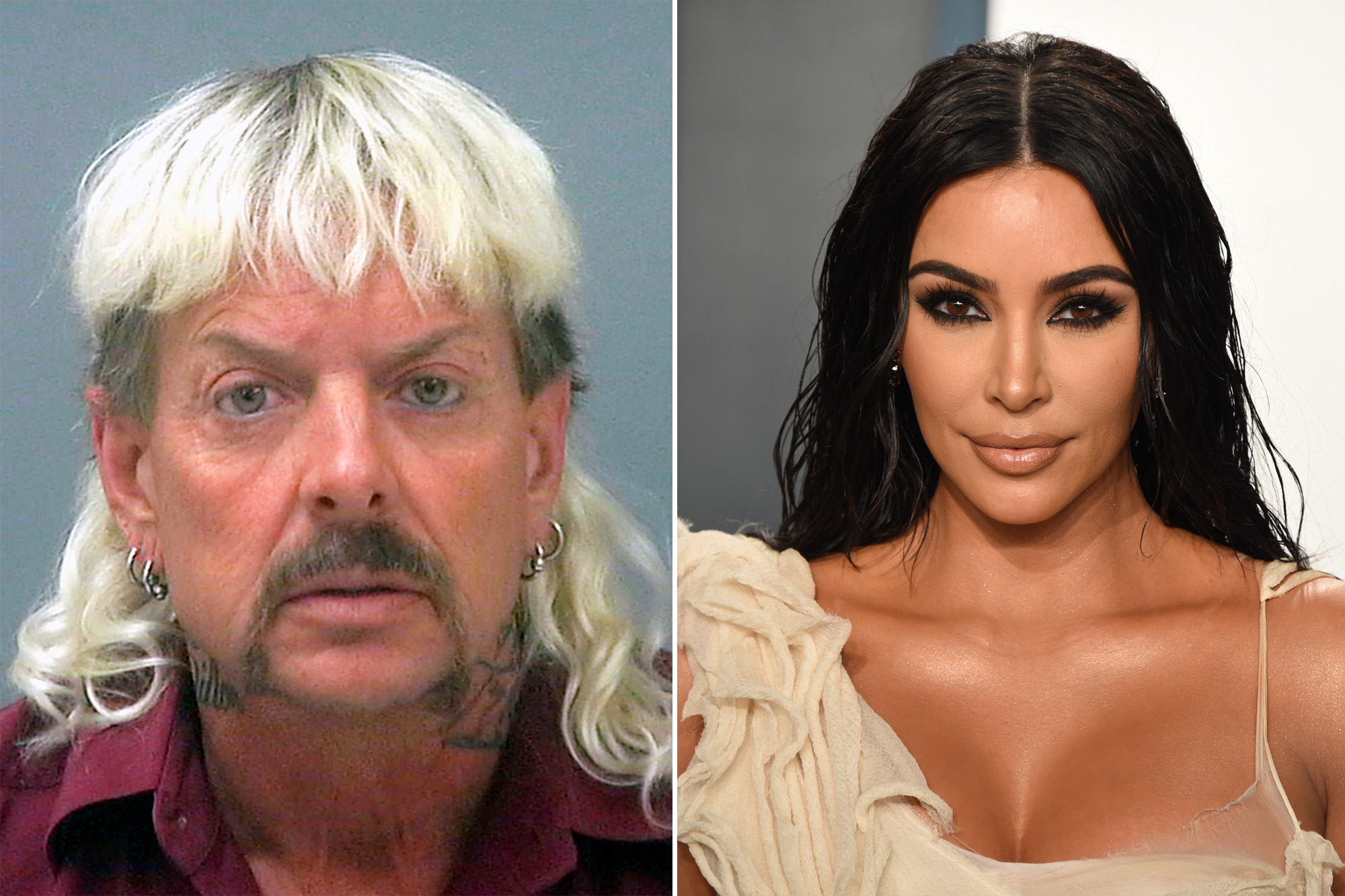 Joe Exotic — the ex-zookeeper convicted of trying to hire a hit man to kill rival Carole Baskin — is hoping Kim Kardashian can get him out of jail, a report said Tuesday.

Exotic, whose story was made famous in the Netflix show “Tiger King,” penned a letter to Kardashian, asking if she could help score him a pardon from President Trump, ET reported.

“I know you have never met me and may never want to however I do believe that you hold the values of our justice system dear to your heart,” reads the note, dated Nov. 4.

“Please help me by just taking 10 minutes out of your life and placing a call to President Trump to look at my 257 page pardon,” he wrote, according to ET.

“It’s all the evidence I’m innocent and ask him to sign my pardon so I can return home to [my husband] Dillon [Passage] and my father.”

Kardashian successfully lobbied President Trump in 2018 to grant clemency to Alice Marie Johnson, a grandmother who was serving a life sentence without parole for drug offenses.

Since then, the reality-TV icon has continued to advocate for criminal justice reform, and met with an Oklahoma death row inmate just last month.

Joe Exotic — whose real name is Joseph Maldonado-Passage — urged Kardashian to call him.

“No one even has to know you did it,” he wrote — though the cat’s out of the bag now that the letter was published.

The flamboyant felon, 53, is a year into his 22-year sentence in the failed murder-for-hire plot against Baskin, who runs a big-cat zoo in Florida.

His reps have been campaigning for a pardon as Trump’s time in office comes to a close — even reportedly spending $10,000 at the president’s hotel in Washington, DC.

Exotic became a star from behind bars following the hugely successful Netflix series “Tiger King,” which aired at the start of the COVID-19 pandemic in the US.

Kardashian, 40, appears to be a fan of the show and tweeted about it back in March.

She and her friend Jonathan Cheban dressed up as Baskin and Joe Exotic for Halloween, while Kardashian’s four kids went as tigers.

It wasn’t immediately clear if Kardashian had received the letter.

Exotic recently penned another letter to Fox 23 in Oklahoma, begging for Gov. Kevin Stitt to rally on his behalf.

“I am not only asking President Trump for an immediate pardon, but I am asking Governor Stitt to place a call to President Trump and ask him to sign my pardon,” he wrote.