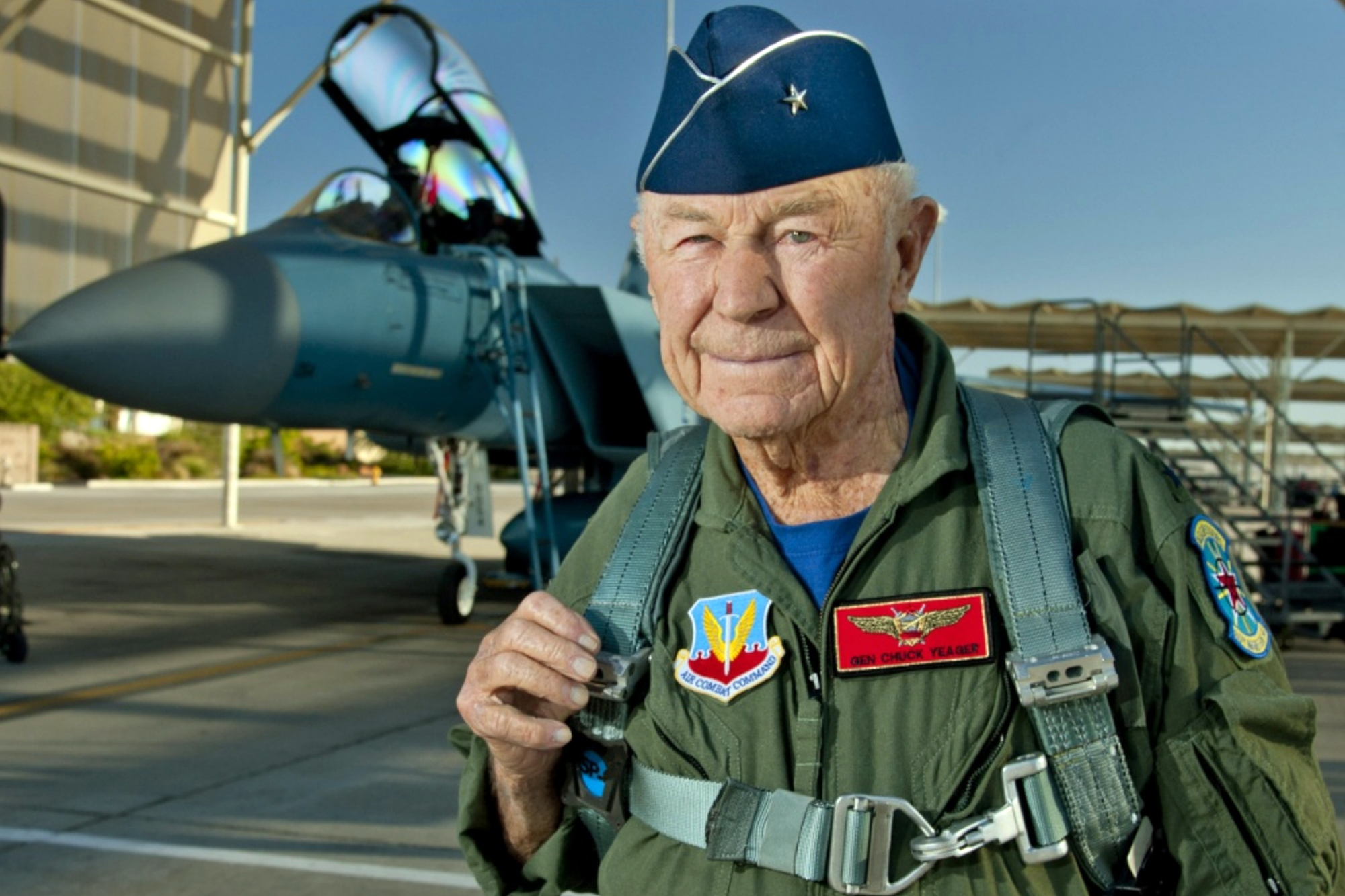 America just lost one of its greats: On Monday, Brig. Gen. Chuck Yeager, one of the fiercest test pilots to have ever graced the skies, died at 97.

His wife, Victoria, announced his death via Twitter, saying that “an incredible life well lived, America’s greatest Pilot, & a legacy of strength, adventure, & patriotism will be remembered forever.”

Indeed, he had (as Tom Wolfe told the world in his classic book “The Right Stuff”).

But Yeager always took umbrage with people believing he was born with it. “All I know is I worked my tail off learning to learn how to fly, and worked hard at it all the way,” he wrote in his memoir. “If there is such a thing as the right stuff in piloting, then it is experience. The secret to my success was that somehow I always managed to live to fly another day.”

The crème de la crème of World War II fighter pilots, he shot down five German planes in one day and 13 overall. “The first time I ever saw a jet . . . I shot it down,” he said once.

He became the first man to fly faster than sound, breaking the barrier in 1947 while flying the experimental Bell X-1 at an altitude of 45,000 feet — just a few nights after breaking two ribs while racing with his wife on horseback. And then he kept on, setting altitude and speed records in the X-1A: 74,700 feet and Mach 2.44.

In all, he flew more than 360 different types of aircraft over his illustrious military career, paving the way for future test pilots and astronauts.

What a legend. What an extraordinary American. May he rest in peace.