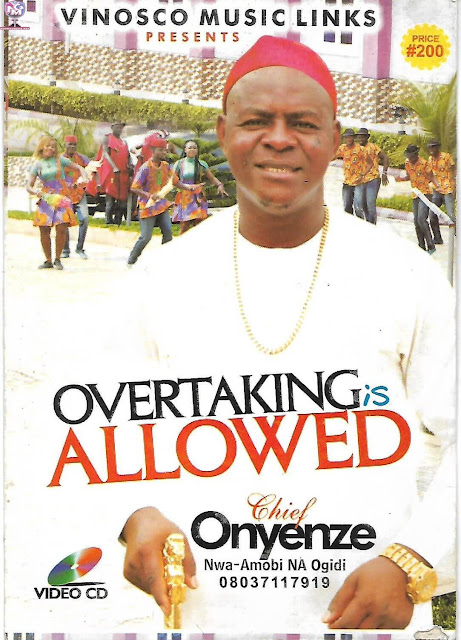 Download Mp3: Chief Onyenze Nwa-Amobi Na Ogidi – Overtaking | This Music Is a Message to those who oppress those that don’t have money or those that are not Wealthy, this lesson is advance the wicked rich People to change, that no one knows Tomorrow, the Servant you rejected and put out of your house might your helper tomorrow, when your riches go down. Always Carry everybody along with you.
Chief Amobi Richard Onyenze, aka Onyenze, has a musical heritage that is hard to deny. Although people assume that the Ogidi-born highlife musician was a direct son of the late highlife legend Chief Stephen Osita Osadebe.
Onyenze is actually his nephew. Yet “Commander” Osadebe raised the young Onyenze as his own son, andallowed him to spend lots of time with him and other inspirational musicians during rehearsals.
Born in 1978 in Anambra, Onyenze studied physical and health education at the University of Nigeria, and didn’t start playing music professionally until 1999. That year, he released the album Ndidi Amaka (Patience Is Good). The album, a modern take on philosophical highlife thought, found its way to Amaco Music and was released in March 2000.
Read More About Chief Onyenze Nwa-Amobi Na Ogidi Here.