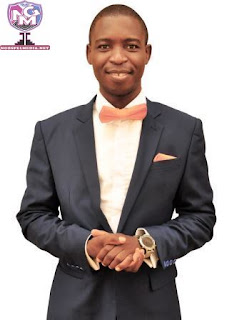 Topic: Jesus The Ark Of Salvation (Part 1) By Victor Emode
For whosoever shall call upon the name of the Lord shall be saved. Romans 10:13.

It is interesting to know that every dispensation started with mercy and ended in judgment. God the righteous Judge does not just send or allow destruction upon anyone, but first sends series of warnings to the fellow which if he or she fails to adhere to, then the just weigh follows.

Before the fall, God usually comes down to fellowship with man, even after the fall, He still stayed with man but when the heart of man became totally wicked, He decided to leave man and announced the destruction that would come upon men.

Before the destruction, Noah found grace in the sight of God and God asked him to build an Ark that would exempt him and his family from the destruction. Ark represent the presence of the Lord. 1 Sam 4:3-8.

Before the flood finally came upon the inhabitants of the earth in Genesis, God through Jesus Christ was in Noah preaching salvation to them but they mocked him to scorn using him to marry and give in marriage, eating and drinking until that day came upon them suddenly and they all perished. Gen 6:5, 7:6-23, Matt 24:38-39.

The Ark of Noah was the Ark of salvation that was built to save the world then but only Noah and his family and some animals were saved. If God could save animals, how much more would He want to save us His people from the impending judgment that will come upon the world.

Bible Promises Thought:
The saving Ark of salvation is available with us whilst we are still alive, why not enter and be saved?