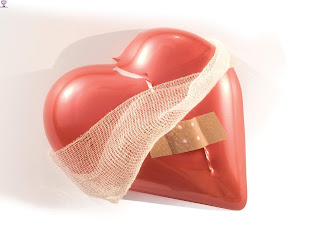 The following doctrine contends that only death breaks the marriage covenant, not adultery and not desertion. It is an attempt to expose the short comings of divorce apologetics that can be found in most protestant churches.
Every doctrine that justifies divorce and remarriage is based upon the ‘exception clause’ found in Matthew’s gospel (5:32 and 19:9).
Matt. 5:32 …whosoever shall put away his wife, saving for the cause of fornication, causeth her to commit adultery…Matt. 19:9 …Whosoever shall put away his wife, except it be for fornication, and shall marry another, committeth adultery…
We are told that fornication (porneia in Greek) in the aforementioned ‘exception clause’ can be translated as any type of sexual sin, all potential reasons for divorce and remarriage. This interpretation always results in a guilty party and an innocent party, i.e. innocent party free to remarry and guilty party not free to remarry; this is the most popular interpretation of the ‘exception clause’ (generally speaking). There are so many variations of this policy that only God knows them all. Hence the term guilty-party-policy or statement-on-divorce-and-remarriage.
But it is a gross over simplification to put 100% blame on one person and 0% blame on the other, anyone who has been through a marriage breakdown knows that is an exaggeration. While it is fair to say that sexual perversion is definitely a reason for separation, it does not make the one become two. I am convinced that the ‘exception clause’ is referring to what Moses taught about fornication in Deut. 22:13-21. My reasons to follow.

Any study of the Hebrew marriage customs and laws reveals that the groom pays for the bride with a dowry paid to the bride’s father (Gen. 34:12, Exod. 22:17) . Many examples can be found in the Old Testament of this, e.g. David could not afford the dowry for a king’s daughter (very expensive) (1Sam.18:25). No better example of this is than the groom Jesus paid for His bride, not with corruptible silver and gold but with His own blood, revealed as a dowry in this example.
Terms and conditions:No try before buy.Payment upfront in full before marriage.One exception only, if the girl is not a virgin the deal could be called off. Hence the reason why Jesus said “except it be for fornication”. This also reveals the importance of holiness: if we don’t maintain our chastity then we will be excluded from the marriage supper.
In my opinion, the best New Testament example of what Jesus meant by “except it be for fornication” is the case of Joseph and Mary. I’m sure you know the story how Mary was found with child before they came together and Joseph was going to put her away until the Angel of the Lord intervened. When Joseph found out that Mary was pregnant he assumed she had been fornicating because he knew that he was not responsible for Mary’s pregnancy. Therefore he was able to ‘put away‘ his fiancée because of fornication. Notice that the Bible refers to Mary as Joseph’s wife before they were married.
Luke 2:5 To be taxed with Mary his espoused wife,Matt. 1:20 ... Joseph, thou son of David, fear not to take unto thee Mary thy wife…The New Testament uses the word wife in these examples as fiancée; the same use can be applied to the exception clause: Whosoever shall put away his fiancée, except it be for fornication, and shall marry another, committeth adultery. This topic is explored further in Various objections.
But in some cases the sin of fornication can only be discovered after the marriage has occurred, hence Deut. 22:13-21. If the ‘exception clause’ is interpreted in this way then Jesus effectively upheld the law of Moses and set an even higher standard for His Church. Sadly, this standard has been replaced by the guilty-party-policies of our modern churches. Any study on the Sermon on the Mount reveals that Jesus is teaching from the Old Testament and setting a higher standard for His followers; this is the point where the ‘exception clause’ first appears (Matt. 5:32) and is primarily for the Jews because Moses included it in their law. The Church seems to have forgotten that Jesus is Jewish and the Gospel is still for the Jews first.
Some would ask what about the innocent party? When it comes to marriage breakdown and divorce, the term innocent party is a myth. Admittedly, in many cases one party is the victim and the other party is the perpetrator, but neither can rightly be called innocent.

The ‘exception clause’ (Matt.5:32 & 19:9) only appears in Matthew’s gospel because Matthew wrote to the Jews and it must be understood in its Jewish context. And only Matthew’s gospel contains the explanation, i.e. the details of Joseph and Mary’s betrothal. I think the ‘exception clause’ would only apply to those men who were deceived into thinking their bride was a virgin.
The Church has re-interpreted the ‘exception clause’ to suit its own requirements and produced many different guilty-party-policies or Statements on divorce and remarriage. For a more comprehensive look at this topic I recommend a book. Holy Matrimony by D.E.T. Evenhuis. See the link, Holy Matrimony A pdf copy of the book can be downloaded from the Holy Matrimony site.

Who Taught It First?

The reason there is not much teaching on divorce and remarriage amongst the reformers was because the problem didn’t exist. The catholic church forbade divorce and remarriage. Many of the church fathers strongly condemned second marriages, and as the catholic church rose in power they legislated along those lines. When the reformation began divorce and remarriage was so rare the reformers didn’t address this problem, in fact they inadvertently created the problem by allowing divorce and remarriage based on the ‘exception clause’. The catholic church did debate marriage during the 11th and 12th centuries but I’m not aware of anyone explaining the ‘exception clause’ in the betrothal view. I would not be surprised if an explanation of the betrothal view is somewhere in the catholic archives from that period but I cannot access that information, nor it is in English.
I have looked for the origins of this doctrine in regard to Protestant thought. Matthew Henry [1662 – 1714] outlined the betrothal view in his commentary on Matt.19 and attributed it to Dr Daniel Whitby. Here is a quote from Dr Daniel Whitby (1638–1726) A Paraphrase and Commentary on the New Testament with a Treatise on the true Millenium page 166:
“Moreover, whereas all commentators I have met with, by fornication here do understand adultery, or the defiling of the marriage-bed; I incline rather to take the word [porneia] in its proper sense for fornication committed before matrimony, and found after cohabitation. (1) Because Christ, speaking of this divorce here and elsewhere, doth never use the word moicheia, which signifies adultery, but always porneia (Matt.5:32) which word, both among Jews and Gentiles, doth properly import the sin of unmarried persons lying with one another, and so being made one body (1 Cor.vi.16): it is not therefore likely that Christ receded from the known and common acceptation of the word.


(2) The punishment of adultery after marriage was strangling; after sponsalia, stoning; divorce not being mentioned in either case; but simple fornication was not thus punished by the Jews. And (3) by this interpretation, the law of marriage is by Christ reduced to its primitive institution; that conjunction with another makes them both one flesh; and so the woman who had thus transgressed was to be dismissed, because she before was one flesh with another, therefore could not be so with the man to whom she afterward did marry.” Dr Daniel Whitby.