- July 18, 2018
Italy
Bosnian midfielder Miralem Pjanic is a Manchester City transfer target, but they would need to fork out a hefty fee for the midfielder with Barcelona also interested. (Tuttosport)
Roma are already preparing for life without Brazilian goalkeeper Alisson, who is a long-term Liverpool transfer target. Paris Saint-Germain’s Alphonse Areola and Robin Olsen of FC Copenhagen have been sounded out as possible replacements. (Corriere Dello Sport)
Juventus are looking to add Atletico Madrid’s Uruguayan centre back Diego Godin to their ranks ahead of the new season. Sporting director Fabio Paratici is targeting the 32-year-old defender who has a £18m release clause. (Sportitalia)

Juventus winger Marko Pjaca is subject of West Ham transfer rumours. The Irons have been busy in the market already this summer under new manager Manuel Pellegrini and are also looking at the Croatian. He is considered surplus to requirements after the arrival of Cristiano Ronaldo, and will command a fee of just over £14m. (Tuttosport)
Chelsea have agreed a deal with CSKA Moscow midfielder Alexandr Golovin. The 22-year-old impressed for host nation Russia at the World Cup and looks set to move to the Premier League under new Blues boss Maurizio Sarri. (Matteo Pedrosi) 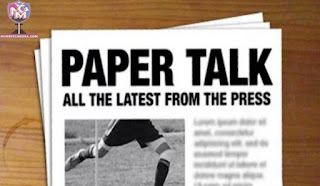 Spain
Real Madrid transfer target Thibaut Courtois could be announced as a Los Blancos player in the coming days after a £31 million fee was agreed. The Belgian goalkeeper’s contract at the West London club expires at the end of this season, so they are eager to cash in now to avoid losing him for nothing next summer. (Marca)
Former Real Madrid boss Zinedine Zidane will join Juventus as an advisor. The Italian giants are desperate for Champions League success, and have acquired the services of Ronaldo and Zidane in an attempt to bring the trophy to Italy. The pair were key to Real Madrid’s recent back-to-back triumphs in the competition. (Libertad)

Germany
RB Leipzig are interested in signing Everton’s Ademola Lookman on a permanent deal after the English youngster spent last season on loan at the Bundesliga club. They are being put off by the current £18 million asking price, which Everton are unlikely to lower as they look to keep hold of the 20-year-old. (Bild)

Portugal
Newcastle defender Chancel Mbemba is a target for Portuguese champions Porto. The Champions League club have shown interest in the 23-year-old but are eager to get him for less than the £8 million asking price. (A Bola)
International News Sport Sports News