- June 16, 2018
Same Oshodi Twins (Taiye and Kenny) kicks off their music career on a fly note with this beautiful song ALADE OGO. They were the second runner up of Tim Godfrey’s Souncheck music talent competition. Here is the press statement from the official label ROX Nation. 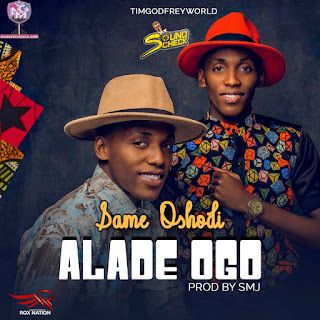 TIM GODFREY WORLD & Rox Nation officially releases the much anticipated single “Alade Ogo” of The Energetic & talented twins Same Oshodi (Same Taiye & Same Kenny) who were the 2nd Runner up of Sound Check Africa Reality Show Season 1, coined by the Legendary Tim Godfrey, the CEO & President of Rox Nation whose vision is to support, encourage, inspire , build youths and give them a voice in the society and the world at large.

Truly, Same Oshodi have a message that the world needs to hear and be blessed by that will in turn birth great testimonies. Receive with Jesus Joy this day Alade Ogo by Same Oshodi.