Adele Proves Idol Worship Is Very Much a Reality 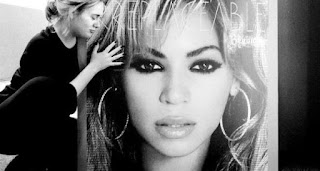 While the internet was all over Beyonce’s “Lemonade”, pop star Adele held off. But not because she wasn’t impressed but because she was too speechless” to say anything. Apparently Adele wasn’t only speechless but she also shared on her Instagram how she appreciate,admire and worship Beyonce. Below is what she wrote.

Adele’s comments ignited a firestorm of responses from her fans. Below is what Adele’s fan wrote :

One fan wrote, “Lowercase g, upper cased B? Only God is to be worshiped, artistes are to be admired.”

“The (P)erson wrote that Adele’s caption has a lowered case g in God.. When referencing God, it’s always capital G…Her worshiping Beyonce this way is disrespectful to God and all those who believe in Him and Jesus Christ,” wrote another fan.

A fan wrote : “She’s now saying that Beyonce is a god.Can you worship people and things and not hold them to the level of God . Do you know what worship means ?”

Another fan wrote: “!!These Devil Worshipers are starting to think they’re god, it’s time to stop them before it’s too late… wake up!!!!!!!!!!!!!!! This is all your fault for idolizing them the way all do…Wake Up!!!!! These are people that think they are God… Wake up!!!!! What more proof do you need.”

Obviously Adele fans has shown their disapproval of her worshiping Beyonce instead of God.
News