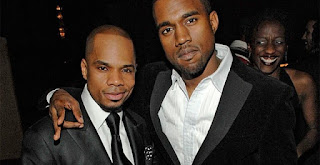 The song “Utralight Prayer” which the social media scolded at has been released.This got the whole social media users ranting against the Leading Gospel music Artist (Kirk Franklin) as he announced the feature on Kanye West’s Album.

On Easter Sunday, Kanye West takes it to church with “Ultralight Prayer.” The gospel hymn features an uplifting sermon from Kirk Franklin and powerhouse vocals from Kelly Price. “Father, this prayer is for everyone that feels they’re not good enough / This prayer is for everybody that feels that they’re too messed up,” says Franklin, while addressing police brutality (“They’re killing our babies in the streets / I call out for hope”).