Joyce Meyer reveals she had been raped more than 200 times - NgospelMedia.Com.NG

Joyce Meyer reveals she had been raped more than 200 times 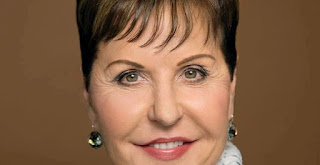 The international Christian speaker and author Joyce Meyer has revealed the extent of abuse she suffered at the hands of her father growing up.

In a special video released on her website, she spoke about how she tried to come to terms with what had been done to her.

Joyce Meyer said she had been raped more than 200 times and that her father abused her at least once a week, and that he also abused her classmates and neighbors as well.

He also forced Mrs Meyer to look at pornography.

While the 72-year-old had previously publicly admitted she was abused as a child, the extent of her abuse was unknown publicly until now.

The minister, who revealed the details of her abuse in a video interview posted on her website, has said she hopes it enables other people suffering abuse to seek help and encourages them that healing from abuse is possible through God.

She said: “He didn’t force me physically, but through lies, and manipulation, and fears, and threats, I was still forced.

“Literally, what he did was rape me, every week, at least once a week, until the time I was 18.


Joyce Meyer is now a married mother of four, and has ten grandchildren.

She told an audience how God can help them through even the most challenging times.

She said: “I was sexually, mentally and emotionally and verbally abused by my father as far back as I can remember, until I finally left home at age 18.”

She spoke about how far God had taken her and given her hope to get through it.

“Abuse means to be misused, used improperly, to be used up to be wasted.

“To be used in such a way to cause harm or damage, or to be treated cruelly.

“All types of abuse are damaging. Anytime we’re misused or used in a way God did not intend us for, it is damaging.”