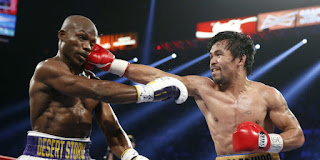 Christian boxing star Manny Pacquiao who won the last fight of his career days back has expressed confusion over why he was the alleged kidnapping target of a terrorist organization, as he views his fellow Filipinos – especially Muslims – as close friends.

According to The Guardian, Philippines president Benigno Aquino III said on Wednesday that the Abu Sayyaf terrorist group had plans to kidnap and kill Manny Pacquiao or one of his children.

“They allegedly even hatched plots to kidnap Manny Pacquiao or one of his children, as well as my sister Kris or one of her children, with the plan to use them in bargaining for the release of their cohorts,” Aquino said, referring to his younger sister, who is a famous actress.

“Threats against my own life have been investigated,” he said, without elaborating.

Bleacher Report notes that when asked to comment on the situation, Pacquiao said he was stunned by the alleged plot: “I was alarmed when he announced…the Abu Sayyaf wanted to kidnap me. I’m surprised because all Filipinos are my friends. I love them, especially the Muslims.”

The 37-year-old future Hall of Famer said he is working to ensure his family is safe amid such threats: “We asked for security, protection for my kids, my family to make sure they are safe, especially as I’m not there right now.”