3 Situations You Should Definitely Avoid - NgospelMedia.Com.NG

3 Situations You Should Definitely Avoid

Whether they come in the form of people, attitudes or practices, at one point or the other, many of us will face temptations or distractions. King David, Joseph and the people of Judah are a few characters in the Bible who found themselves in compromising positions where they had the choice to run from it or indulge in it. Looking at three different Biblical stories, here are 3 situations you should definitely avoid. 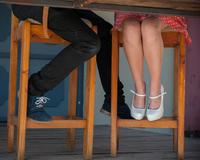 After finding favour with Pharoah’s Official Potiphar, Joseph was given the role of attendant and put in charge of his house and everything he owned.  Overtime, seeing this ‘well-built and handsome’ man in her house, Potiphar’s wife tells Joseph, “Come to bed with me” and being the upright man that he was, Joseph refused and asks her, “How (then) could I do such a wicked thing and sin against God?” Joseph tells her that although Potiphar gave him charge over his household, as his wife, she belonged to him.  But not taking no for an answer, Potiphar’s wife continues in her attempt to seduce Joseph and one day when the servants were outside, she grabs his cloak, demanding that he come to bed with her. What is Joseph’s response? He runs faster than Usain Bolt at the Olympics, leaving his cloak in her hand.

Sometimes we can be unwise in our actions and entertain situations that we should be running from, because we don’t want to come across as rude. Other times situations like these can play on our low self-esteem by giving us breadcrumbs of flattery that we digest piece by piece, until we find that we’re in too deep to say no. In Joseph’s case he wasn’t concerned with how Potiphar’s wife felt when he denied her proposition the first time, instead he reminded her of whom she was and made his stance very clear by avoiding her. Just like Joseph, we have to physically take ourselves out from situations like this (instead of trying to manage them), in order to avoid falling into sin. A Pastor once gave this piece of advice about temptation to his congregation, “If you think ‘I can handle it.’ You’ve already failed.” 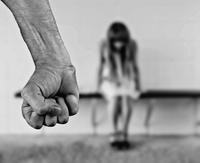 When King David looked out of his window one evening and saw Bathsheba bathing, he lusted after her and wanted to have her. Being told that she was the daughter of Eliam and the wife of Uriah by his official, King David demanded that he bring Bathsheba to him. After lying with her, King David calls Uriah to his office and tells him to wash his feet go home. Instead, Uriah sleeps at the entrance to the palace and the next day when King David finds out, he asks him why he didn’t go home. Uriah responds and says, “How could I go to my house to eat and drink and make love to my wife? As surely as you live, I will not do such a thing!”

Using his commitment and loyalty against him, King David’s desire to have Bathesheba took over and believing that Uriah would obey, he ended up sending him to the frontline, knowing that he would be killed. Covetousness, lust, manipulation and misuse of power played a massive part in King David killing Uriah. Being a leader carries great responsibility and in this case, King David allowed lust to influence his decisions, then used his power to commit murder, after committing adultery with someone’s wife. Remembering to continually honour God within any position we’re given is crucial, and making a conscious effort to deny our fleshy desires in prayer will help us to avoid misusing our power and ultimately making bad decisions that can affect not only ourselves, but those around us.
(2nd Samuel Chapter 11)

Finding the Book of the Law at the temple, Hilkiah the High Priest gave the book to Shaphan to read to King Josiah. Hearing the words of the book, King Josiah tore his robe and instructs his officials and Hilkiah to seek the what the Lord is saying, “Go and inquire of the Lord for me and for the people and for all Judah about what is written in this book that has been found. Great is the Lord’s anger that burns against us because those who have gone before us have not obeyed the words of this book; they have not acted in accordance with all that is written there concerning us.” Speaking on behalf of the Lord, the prophet Hulda tells them that the Lord is going to bring disaster on the land (and the people) because they have forsaken Him by burning incense to others Gods and making idols with their hands. However because Josiah’s heart was responsive and he humbled himself to God, God would gather him, his ancestors and bury him in peace; so that he would not see the disaster. Being a man who feared the Lord, Josiah wants to get everyone right with God. Along with his officials he tore down the shrines and idols in the temple, destroyed altars of sacrifice and got rid of mediums, spirits and household gods.

The people of Judah and Jerusalem had strayed so far from God that they weren’t even aware that destruction was upon them. Idol worshipping, sacrificing and sorcery were a way of life for the people and Josiah was convicted to get them right with God and renew the covenant that God had with them. 21st Century idols may not be made of stone or wood, but they are still very real distractions in our lives. Whether this comes in the form of football, social media, shopping or a relationship, it will be regarded as an idol if it takes the position of God in our lives. If we’re finding that much our attention is being ‘spent’ elsewhere, just like King Josiah, we should self-assess and get right with God before it’s too late.

Ephesians 5 verse 3 says, “But among you there must not be even a hint of sexual immorality, or of any kind of impurity, or of greed, because these are improper for God’s holy people”

What situations have you decided to run from in the past?