- March 04, 2016
New York, NY (March 4, 2016) – Today, GRAMMY® nominated singer, songwriter and bishop, William Murphy released a new single “Arise (You Are Good)” to all digital outlets. Performed recently during The Stellar Award’s Pre-Show in Las Vegas, Bishop Murphy undeniably moved the star-studded crowd with a powerhouse performance of his latest offering.  “Arise (You Are Good)” is the first single from his new EP, ARISE, available everywhere music is sold on Friday, March 25, 2016. 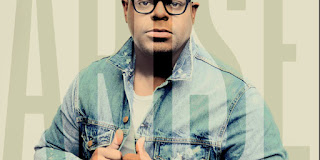 The ARISE EP is comprised of three tracks and is just a hint of what Murphy’s fifth album, DEMONSTRATE will be. The gifted vocalist behind the Shekinah Glory praise and worship anthem “Praise Is What I Do,” and “It’s Working” from his 2013 Grammy-nominated album GOD CHASER recorded DEMONSTRATE,  in front of a live audience at The Church at Chapel Hill in Douglasville, GA last May.

On the new music, Bishop Murphy says,” God’s given me something fresh to say, and I believe it’s going to help us consistently encounter His Presence. I look forward to sharing this song and I pray it will be a blessing to all.”

“Arise (You Are Good)” Retail Links:

“Arise (You Are Good)” Streaming Links:

Arise (You Are Good) Album Version
Your Love
Free Indeed


To connect with William Murphy, visit: