Why We Really Put Our Kids in Sports 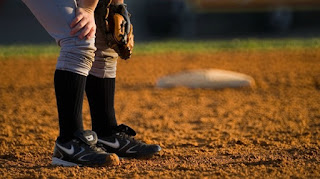 When my youngest son finished second at his first-ever cross-country meet, I nearly wept with joy. After years of club soccer and dabbling in lacrosse, baseball, and basketball, my 13-year-old kid was competing in my sport—the one I’d been doing for almost 35 years—and succeeding. What could be better?

As his season progressed, I became keenly interested in his races, split times, and personal records. I helped as a course monitor for local meets, so I could watch his races more closely. When he finished a race, my first question was, “What was your time?” I already knew the answer, of course, having used a stopwatch to track his performance, which I would religiously check later against the state rankings for middle school cross-country.
In other words, I had become one of those parents.

If you’ve spent any time around youth sports, as a kid or as an adult, you probably know what I mean by those parents: the ones who seem overly invested in their children’s success and follow their progeny from game to game and even practice to practice. They spend exorbitant amounts on league fees, equipment, and travel to competitions, barking commands from the bleachers at coaches, referees, and their children.

Such over-invested parents are at the center of the documentary Trophy Kids (2013), now available on Netflix. The film follows families whose lives revolve around a packed schedule of practices, weekend tournaments, conditioning sessions, and highlight tapes. These young athletes and their parents are chasing the dream of a college scholarship and a shot at the big leagues, yet Trophy Kids shows so starkly the costs of pursuing this dream. With such intense pressure and focus, these young people risk losing their childhoods, fulfilling relationships with peers and parents, sometimes even their physical wellbeing.

It’s easy to see the subjects of a movie like Trophy Kids, or even the extreme examples in our circles of friends, and think that we are nothing like them. Most parents will voice more modest outcomes for our children when we sign them up for sports leagues. We say want them to be healthy and fit, and to learn the values athletics can foster, like cooperation, perseverance, and confidence. We even assert that we care only that our children have fun, rather than whether they succeed as athletes.
And then, our actions betray us. Yelling at referees, coaching from the bleachers, tracking our children’s stats, and appearing entirely too disappointed when they fail to live up to our expectations—we indeed care about their success and performance.

We also elevate sports to a position of priority, perhaps unintentionally, when we allow them to dictate our family schedules. Sunday competitions increasingly push aside church attendance, and team practices trump evening youth group activities and summer church camps. Meals eaten on the fly take the place of family dinners; too often, “family time” simply means everyone piles into the car to a game, and interactions become limited to sideline conversation (too often about the game and little else).

In Overplayed, a new book about youth sports culture, David King and Margot Starbuck suggest Christian parents who are deeply invested in their children’s athletic endeavors consider the values this imparts. While not arguing that youth sports are wholly bad—indeed, King is the athletic director at Eastern Mennonite University—Overplayed challenges readers to think about what their actions convey to children who may learn, early and often, that athletic performance matters most.

For some, the critique in Overplayed might be hard to hear, especially as King and Starbuck argue that sometimes, even our seemingly benevolent gestures might be more damaging than we think. Parents who attend every game, for example, may believe they are offering their children necessary support, though King and Starbuck suggest doing so might be conveying a different message: that we care about our children’s performance above all else.

By establishing ourselves in the stands for each competition, cheering each good action (and, let’s be honest, groaning when a play goes awry) we show our kids what matters most—not that they have fun or get exercise or even enjoy time with teammates, but that they excel. This message is reinforced when, after the game, conversation centers on how our children did, rather than on whether they had fun.

Of course, many parents love seeing their kids play and encouraging them. But Overplayed suggests that sometimes, parental love needs to be expressed differently: by letting children have some autonomy and make decisions not only about the activities they enjoy, but also how they interact with teammates and coaches. Parents looming in the background of every sports competition take away the opportunity kids have to be who they want to be and to develop the skills necessary to act independently of their parents.

Overplayed confronts other problematic elements of youth sports culture, including how early specialization can lead to overuse injuries and burnout, a phenomena King encounters in his work as a college athletic director. Of greater significance is the book’s insistence that youth sports may erode the values most important to Christians, not only in terms of drawing family away from their church communities, but also by privileging a structure that rewards the fastest, strongest, and—let’s face it—the wealthiest among us. After all, those kids whose parents cannot afford expensive club fees are rarely offered the same opportunities in athletics. And those children who enjoy playing a sport but who may not be athletically inclined or interested in fierce competition soon learn they have no business on a field or court at all.

It’s not too late to redeem youth sports culture, though, and while difficult, parents can begin to make different choices for their children. Overplayed offers a number of excellent suggestions for how Christians can uphold their values while also making space for kids to enjoy athletics. Enjoy is the operative word here. Far too often, the competition, pressure, and no-holds-barred atmosphere transforms youth sports into a high-stakes endeavor rather than an occasion for kids to be kids.

So here’s one place to start thinking differently about the games our children play. Consider the ways involvement in youth sports conflicts with Christian values, both directly and indirectly; this might change the ways parents approach the next soccer game on a Sunday morning or a referee’s bad call on a Friday night. After all, if Christians truly believe we are all created equally in God’s image, we will need to rethink why we want our offspring to be bigger, faster, and stronger than the children of other parents, who are image bearers of their Creator, too. And the very life and ministry of Jesus should be worthy of emulating, even at a middle school football game. For Jesus, winning did not look like an end-zone victory dance; instead, he became as the least of these and walked with those whose physical weakness would not find a place in much of today’s competitive sports culture.

There are definitely ways to align involvement in youth sports with Christian values. One idea is to let children simply play without our shouted commentary (either positive or negative), which could relieve the pressure of performance. As King and Starbuck suggest, parents might forego watching a game now and then so a child can simply enjoy playing without parental oversight. Don’t ignore the money spent on sports … and the unequal access that it gives some children. The costs of these activities relate to our priorities and our sense of privilege.

King and Starbuck are not advocating for Christians to yank their kids from sports leagues and resurrect broomstick baseball in suburban cul-de-sacs. But Overplayed does suggest that parents need to think more clearly about their own complicity in a system that seems, in many ways, counter to the values Christians purport to embrace.

With the spring sports season well underway, this mom feels especially convicted. I’m planning to take their advice: mute my cheering at my son’s track races and resist asking him about every workout. Instead, I want my son to discover what I’ve always loved about running—the chance to be outside, training with friends, enjoying the strong bodies God has given us. My first question to him after every race should not be “What was your time?” but “Did you have fun?” And I hope, almost always, his answer can be an unequivocal yes.

Melanie Springer Mock is a Professor of English at George Fox University, Newberg, Oregon. Her essays and reviews have appeared in The Nation, Christian Feminism Today, Adoptive Families, The Chronicle of Higher Education, and Mennonite World Review, among other places. Her books include the recently released If Eve Only Knew: Freeing Yourself from Biblical Womanhood and Becoming all God Means for you to Be; Just Moms: Conveying Justice in an Unjust World; and The Spirit of Adoption: Writers on Religion, Adoption, Faith, and More. Melanie blogs at Ain't I a Woman?