What If The Early Church Had Prayed That Saul Should Die? 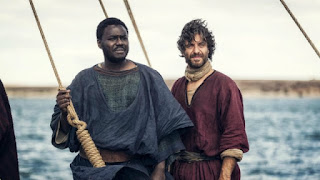 if todays’s christians were the one’s being persecuted by Saul of tarsus, what would be their prayer?
“All those persecuting fall down and die – by fire by force”

If such a prayer were answered, I dont think even the church would know how great its loss would be. They’d be rejoicing that their enemy is gone, but in God’s eyes a big tear drop would be forming..

Sometimes not all enemies need to die for us to make progress. And our making progress isnt the best objective of all , bu the advancement of God’s kingdom.

God’s kingdom, not our kingdom (our peace, prosperity, well being) , should be the highest priority.
Thank God, saul lived to repent and become what he eventually became – a firebrand for God. An
eclipse, that made all other apostles before him look like kindergaten kids in the things of God!!
Article