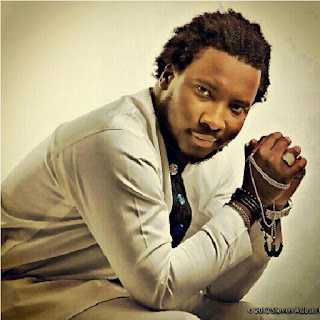 The single is due to be released via social media come April 1st. Though Minister Sonnie Badu is tight-lipped about ‘Amazing God’ single, he advised his fans to stay put and wait for another hit song. ‘Amazing God’ is a song that talks about God’s goodness and faithfulness over the years.

The single, Amazing God, when released will be the second single to be released ahead of his upcoming album, Soundz of Africa, which was recorded live in Maryland, USA is a song of thanksgiving. ‘Imani ‘ was the first to be released, early on in the year. According to Sonnie Badu, ‘Amazing God’  is inspired by his fans and the story of his life.


When released, Amazing God will be available on Itunes, Amazon, Sound Cloud and CD baby.

Meanwhile, Sonnie Badu has been nominated to receive a national peace award on Monday from a non-governmental organization called Stability foundation International.

The Awards is aimed at educating the youth and populace in the value of peaceful co-existence, mindfulness, love and good leadership.It is also added that the aim is to invest in projects that focus more on developing and re-engaging the youth in non-violent ventures that makes them equal to the task of participating in all processes of change and peace building.

In a letter to Sonnie’s management, the organizers of the award hinted that Minister Sonnie Badu has been nominated for the National Peace award due to his immense contribution towards peace building process in Ghana through his prayerful consolation of the Nation and programmes over the years.


“You are also a role model to the many who do not know you and therefore, worthy of this award”, the letter added.