Respect is Earned, Not Demanded

- March 12, 2016
“But the high priest rose up, along with all of his associates, and they were filled with jealousy. They laid hands on the apostles and put them in the public jail.” 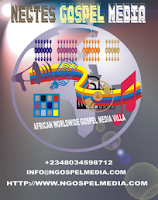 Jealousy is a curious emotion that serve as an excuse for people to make bad decisions based on selfish feelings and pride. Looking back over my life I can tell you that many, if not all, of my bad decisions were in some way tied to this powerful emotion that was driven by my pride, selfishness and fear.

This is exactly what we see from the religious leaders in Acts. We read in verse 17 that the high priests “were filled with jealousy.” This jealously was driven by two things, pride and fear. They were prideful in that they had the head knowledge of the Torah, but the reality is that they had not yet experienced the power of the living God. They were fearful because they were seated in a position of power and with power comes particular perks and benefits they didn’t yet to give up.

At this point, Peter and the apostles were commanding more respect than what the religious leaders had ever experienced and yet they weren’t seeking out the respect or position for themselves, as the religious leaders were. The apostles simply wanted to do the work of the Father and bring respect and reverence to God. You see, the apostles were respected not because they demanded it, but because they deserved it.
Too often in life we let jealousy serve as the principle guide for our actions because society tells us that it’s all about us; it’s about our feelings, our position and our possessions and yet the Son of God humbled himself to the lowest position and served others as He walked this earth.

As you start your work week I challenge you to take a posture of humility, not jealousy, and to walk as Christ and the apostles did. Authentically serve others with love and the respect you desire will come naturally out of reverence and honor, not fear or persuasion.

I want to leave you with this verse, Philippians 2:3, which says, “Do nothing out of selfish ambition or vain conceit. Rather, in humility value others above yourselves.”
Article Message