Pray for Refugees: How Christians Are Observing the Fifth Anniversary of Syria's Civil War 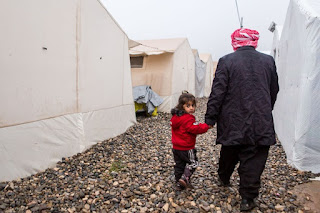 Today marks the fifth anniversary of Syria’s civil war, which has caused almost 5 million Syrians to flee their homeland as refugees and displaced almost 7 million more.

Using the hashtag #PrayForRefugees, Christian groups including World Vision, World Relief, the International Mission Board, Operation Mobilisation, and Lutheran World Relief (among others) have organized a special day of prayer for today, March 15, as part of a Lenten prayer campaign.

CT recently visited eight refugee camps in Iraq and Greece for a special report on why Christians on the front lines have hope, and how they would advise American churches to get involved in the refugee highway.

Protestant churches in the US are twice as likely to fear refugees as to help them, according to a LifeWay Research survey taken after ISIS attacked Paris. In a pre-Paris poll sponsored by World Vision, about three-quarters of self-identified "committed Christians" (76%) said they were willing to take future action to help Syrian refugees. However, only 37 percent of Americans overall and 44 percent of committed Christians said they had helped Syrian refugees already. 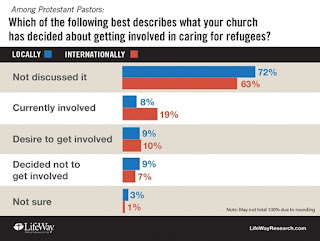 Yesterday, the US House of Representatives unanimously voted that ISIS is committing genocide against Christians (and other minorities) in Syria and Iraq. International religious freedom experts gave CT six reasons why a genocide designation is needed.

The Refugee Highway Partnership, a key effort by the World Evangelical Alliance to coordinate evangelical efforts across countries, offers a map that explains the broader crisis.
Baptist Press explains the prayer campaign, and The Gospel Coalition offers an FAQ. World Watch Monitor reports on the hopes of enterprising Christians in Syria.
World Relief president Stephan Bauman recently explained to CT blogger Ed Stetzer why we must help in Jesus’ name.
CT regularly reports on refugees, and devoted its March 2016 cover story to the refugee crisis in Iraq and Greece.
Article