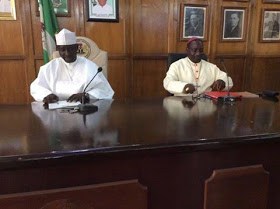 Deputy Governor of Kaduna state, Barnabas Bala, today met with the leaders of Kaduna State CAN,
led by the chairman George Dodo, Catholic Bishop of Zaria to discuss the controversial Religious
Regulation Bill which the state governor Nasir El Rufai has sent to the state House of Assembly for debate and passage.

According to the Deputy Governor, the Religious Preaching Law is proposed to curb extremism &
protect safe practice of faith. He said this is the first time the preaching bill is being subjected to
democratic scrutiny since it was enacted in 1984. 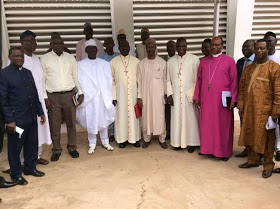 The 1984 and 1987 versions of the edict were enacted following outbreaks of religious violence which Kaduna wishes to confine to the past. “There is nothing in the Bill that suggests any effort to abolish, stop or derogate on the freedom of religion and religious beliefs. It merely seeks to ensure that religious preaching and activities in the State are conducted in ways that do not threaten public order, public safety, and to protect the rights and freedom of other persons. 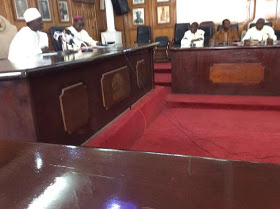 ”he said Leader of the CAN group, Bishop Dodo said CAN welcomeD the consultations, and would be making a comprehensive submission to the House of Assembly and the Executive. The Deputy
Governor said the consultations continue & that the legislative process of public hearings also offer a platform for all views.