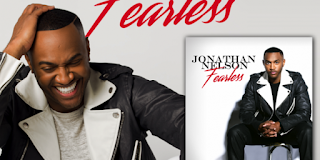 Multiple Stellar Award-winner Jonathan Nelson has had a large impact on contemporary praise and worship music in a short time. He has released five albums since 2003 Every Thing You Are: Live in Baltimore, Right Now Praise, Better Days and Finish Strong. His top 10 smash hit, My Name Is Victory from his sophomore album, Right Now Praise, spent 65 weeks on the Billboard Hot Gospel Songs chart and won him a  Dove Award nomination as Best New Artist of the Year. The single was also cited as the Most Singable Song of the Year by Gospel Today magazine (2008).

The chart-topping singer, songwriter, and worship leader has earned a reputation as a leader in contemporary praise and worship music with songs that inspire and encourage people.

Nelson s song, Healed, was the first break-out hit for Nelson, earning him a Stellar Award for Songwriter of the Year in 2006.

For Nelson, whose father is a pastor, music has always been a part of his life. Nelson declares that the music bug is part of his family s spiritual DNA, noting that even his children, nieces and nephews are drawn to music. He hopes to fearlessly take his message across the country and around the world.