Is It OK for a Christian Doctor to Help a Patient Die?


Pastor John Piper speaks on "The Plundering of Your Property and the Power of Hope" at Passion City Church, Atlanta Georgia, January 18, 2015.

Is it ever OK for a Christian doctor to help a patient die?

Pastor and theologian John Piper tackled the controversial question in a podcast this week on his website DesiringGod.org, outlining seven principles to help guide Christian doctors on the matter.

"We submit to laws as Christians, but not if they contradict clear biblical convictions," Piper said. He added that no law regarding physician-assisted suicide should be the guide for what a Christian doctor is willing to do.

2. God Wants Us to Obey Him Even If We Can't See All the Good Fruit That Will Come

Piper explained that while God usually provides some of the reasons for His commands, oftentimes the reasons are to be revealed years, or even decades, after a believer's act of obedience.

"Sometimes God commands us to do something and only much later do we or the world discover how many good effects come from obeying God and/or would have come if we had obeyed God."

3. Both the Old and New Testament Command Christians Not to Murder

Piper clarified that not committing murder is "not to take the life of an innocent person who doesn't deserve to be put to death (see Romans 13:9, for example)."

The pastor explained that the commandment not to shed innocent blood is found 19 times in the Bible and sums it all up as, "Don't take the life of a person who doesn't deserve to have his life taken away."

4. Human Life Is the Gift of God

The pastor said, " … He [God] owns it [life] and may do with it as he pleases, take it any time He pleases without wronging anyone, and this is His unique perogative."

Piper cited Deuteronomy 32:39 "See now that I, even I, am He, and there is no God besides me; I kill and I make alive; I wound and I heal; and there is none that can deliver out of my hand."

He added that human life is a miracle that only God can create, and that only He has the right to take it. "As far as medical things are concerned, I think it is clear that God's rights are at stake here and we dare not intrude on what He alone has the right to do."

The theologian quoted the centuries-old Hippocratic oath, saying doctors have pledged not to use their "remarkable gifting" to take life. Piper noted the passage, "Nor shall any man's entreaty prevail upon me to administer poison to anyone. Neither will I counsel any man to do so."

6. Doctors Have a Right to Minimize the Pain of Those Who Suffer

"Human suffering is horrible beyond words in some cases," Piper said. "And it is right and loving for physicians to use whatever medicines they have at their disposal, if the patient wants it, to minimize the pain of their patients."

7. Suffering Is Not Viewed in the Bible as the Worst Thing

Piper explained that God sometimes uses suffering for "good and wise and loving purposes and, therefore, suffering never becomes such an evil so great that it justifies disobedience to one of the commands of God, like the command not to take innocent life." 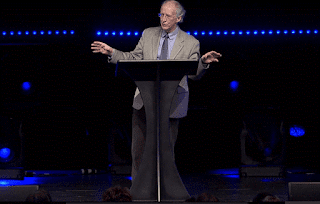 Having made those seven points, Piper admitted that there are portions of this debate that aren't so clear cut. "The line between taking life and not unduly sustaining life is not always clear. ... Yes, I am admitting that. I am saying that there are times when death should be allowed to run its course or to arrive naturally without any extraordinary efforts to keep a person alive. Clearly death comes to all of us. God wills that it come. Discerning that time is not easy in these modern, remarkably wonderful medical days in which we live. "

The pastor went on to say, "my conclusion is that we do not have the right to help a patient take his own life or the right to take it ourselves. The laws that put such things into our hands are bad laws and should not constrain Christian physicians to act against their convictions even if they have to lose their job in the process. The ambiguities of end of life decisions regarding what is fitting life support and what blocks a timely, natural death, those decisions remain very, very difficult."