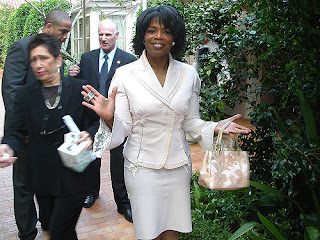 During a recent appearance on “The Late Show” with host Stephen Colbert, television personality Oprah Winfrey was asked about her favorite Bible verse. However, John Piper, the founder of Desiring God, highlighted a few inconsistencies regarding Oprah’s interpretation of her chosen passage.

After Colbert asked his guest regarding her favorite Bible verse, she said that it was Psalm 37:4, which states “Delight yourself in the Lord, and he will give you the desire of your heart.”

According to Piper, the first thing that she noticed about Oprah’s interpretation was her understanding of the name Lord. Apparently, for her, the term Lord in the verse refers to a wide range of values including kindness, love, forgiveness and compassion, Christian Post reported.
But, actually, as explained by Piper, the verse is referring to Yahweh, or the God of Israel or Jesus Christ. For him, this verse is about taking delight in God, and not just on particular virtues and characteristics.

By doing so, the faithful will be able to focus on the God and Christianity.

Piper then said that by referring to a set of virtues and not on Yahweh, Oprah connected the other aspects of the verse to teachings of other religions. For instance, Oprah interpreted the message of the verse as something similar to a cause-and-effect type of notion. Specifically, she compared it to the concept of Karma from Hinduism.
“Her way of handling the relationship between the two halves of the verse is to simply say it is cause-effect,” Piper said in a podcast. “If you delight, then you get your desires. Or if you devote yourself to good, then you get good.”

However, for Piper, the verse goes beyond the concept of cause and effect. Instead, it means that taking delight in the Lord will inspire a person’s desires. Because of this, his or her desires will be good.

Piper then stated that Oprah’s interpretation is more about the unification of various religions instead of specifically focusing on God. And, through this understanding, Oprah deviates from the true message of the verse and the Bible.

“Oprah, in general, leans away from the specific, particular, distinct dimensions of biblical reality and leans toward abstractions from those specific realities so that she can pursue her goal of finding unity among the religions and the sciences of the world,” he said.

Culled From : The Gospel Herald