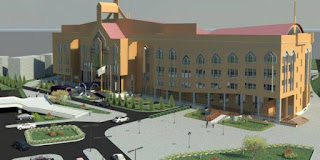 The contract had already been awarded to Julius Berger Construction Company and the project would take off immediately.

In addition to the flyover, a four-level motor park will be constructed for worshipers in the cathedral to be able to park their vehicles.

At a sensitisation programme carried out by the Lagos State Transportation Management Authority, LASTMA on Thursday, residents of Oduwaye and adjourning communities in Gbagada area of Lagos State were urged to cooperate with the contractors handling the project,with the government promising to put machinery in motion to decongest traffic in the area.While the programme was on, LASTMA Deputy Controller of Operation, Mr. Philip Femi Ogunwale said the construction work was massive and would likely lead to traffic build-up in Gbagada area, saying all through the construction period, LASTMA would deploy men and material resources to reduce the hardship. 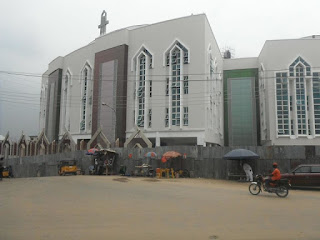 “This stakeholders’ meeting is to sensitise people in this locality on the proposed bridge to be constructed by the Deeper Life Bible Ministry.The flyover bridge, upon completion,will ease traffic gridlock in this area as residents will no longer need to access the underground but move via the flyover bridge.”

“The traffic gridlock that they normally experience, especially when they have programmes in the Cathedral will no longer be there.Those who have no business in the church will just pass through the bridge and go their way,” he said.

Work has been tidied up at the private university of Pastor W.F Kumuyi’s Deeper Life Christian Ministry located in Lagos. Anchor University, located at Ayobo, a Lagos suburb, where the headquarters of Pastor Kumuyi’s church is also located, is now set for take-off, City People can inform you.A visit to the brand new campus at Ayobo last week by City People revealed that all is now set for the take-off of the institution.Every necessary facility is now ready for use and we learnt that the administrative staff for the institution have been employed also.

Anchor University is running 5 faculties including; Arts, Education, Social Sciences, Humanities, School of Management and Accounting. Based on the vision of the owner, Anchor University would imbibe educational and moral values to millions of Nigerians, while making its charges affordable to all.The campus, sitting on a large expanse of land consists different structures including hostels, faculties, administrative blocks, chalets, laboratories etc.The Deeper Life headquarters area in Ayobo is now wearing a totally new and beautiful look. Funds for the university project according to reports were sourced from the ministry’s partner members and the Pastor Kumuyi himself.


Deeper Life is about to complete its headquarters church valued over N5 billion in Gbagada.The 30,000 capacity church project has gone on for about 13 years managed by Cappa and D’alberto.The project had been billed for completion in 2012 but the church suffered some setbacks.This cathedral will be the world 4th largest in the world if it is completed this year.
Deeper Life Bible Church News