- March 17, 2016
The CHURCH  in Kaduna sat where the mouth of the DRAGON is attempting to spit fire.

Christians in Kaduna state became brutal to Governor Elrufai’s religious preaching bill,releasing a spiritual communique declaring the following… And we enjoin the rest of our Brethren to declare and decree along with us as we meet variously IN OUR DIFFERENT LOCATIONS today…….The 15th of March 2016 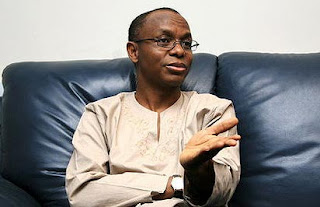 As God’s official legislators, Kings and Law enforcement agents:
We in Kaduna State in Conjunction with our brethren in Nigeria and the diaspora decree and declare as follows:

1) That the executive bill for a law to substitute the Kaduna State Religious preaching law, 1984 is hereby set aside in Jesus Name
2)That We overrule ( disallow and veto) this diabolical sanctions, subversive activity, injunction, directive,mandate or order/ law. Seeing that it opposes the will of the Lord concerning our faith in Christ Jesus.
3) That this Gentile Horn in line with Daniel 7 vs 21-23 typified by the Governor of Kaduna and his spiritual allies and cohorts making war against the Saints shall not prevail because Judgement has already Sat….The Ancient of days(Jesus) has already given judgement in our favour to possess the land of Kaduna and indeed the whole world for Christ in line with Math 28: 18 to 29
4) That MENE, MENE, TEKEL, UPHARSIN to El Rufai in Line with Dan 5: 25 -28. His office let another that is more deserving and respectful take.
5) That in line with Dan 4 : 13-17. We cry aloud “Hew down the tree and cut off its branches, shake off his leaves, destroy his fruits….
6) That the saints are declaring “AS IT LIKETH THEM” according to Esther ch 8: 8-11 and sealed with the blood of the Precious Lamb of God
7) That this decree/ declaration is by the church in keeping with her tradition As it is written in Dan 4:17 to the intent that the Living in Kaduna State, Nigeria and the uttermost parts of the Earth may know that JESUS CHRIST, the Most High , Rules over the affairs of Men in The Earth.
Psalm 9: 19-20. Pass it on and proclaim it in the morning, day and night until it comes to pass.
News