Chinese Christians across several congregations are facing the choice of voluntarily dismantling the crosses on their own churches, or seeing government officials come in and forcibly demolish them, reports have said.

China Aid reported that the number of church crosses demolished in Zhejiang since the beginning of 2016 has risen to 49, as the Communist Party continues to send soldiers to churches across several provinces to take down their crosses.

Churches in Zhejiang have been given official notices telling them that they have to comply to the orders and take down the crosses, which the government argues is due to building code violations.

ChinaAid and several other persecution watchdog groups have pointed out, however, that the cross removal campaign, which has led to several pastors and hundreds of Christians being temporarily arrested, is in reality linked to the government's attempts to control the rising Christian population in the country.

The report detailed several instances of churches receiving similar notices, and the consequences they have suffered for refusing to comply. Zhongchang Church in Wenzhou for instance has had its water and electricity cut.

Hai'an Church, also in Wenzhou, refused to take down its cross, which led to the local government sending 100 officers to forcefully demolish the cross on March 4.
In some cases, however, such as Luxi Church, the congregants blocked the entrance and stayed together and prayed, singing Christian songs, which on March 1 forced the demolition crew to cancel the demolition in order to avoid an accident. 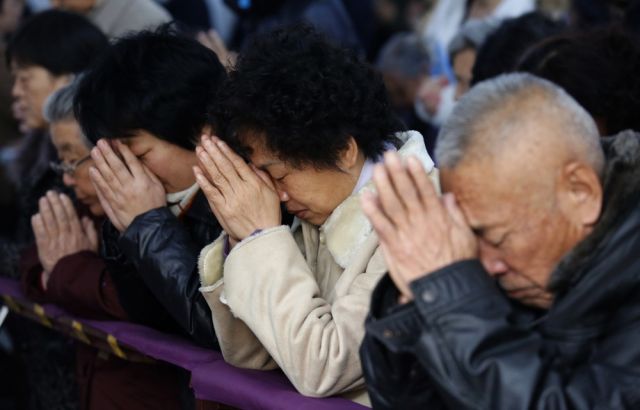