Celebrating the women who influenced their generation : ICPF Bangalore 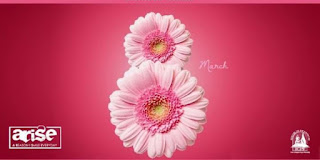 Today, the world celebrates the gift of womanhood- mothers, wives, sisters and our little daughters. They fill our lives with so much beauty and love, often at the cost of giving up their comforts and joys.

Life of women is undoubtedly tough and its been always so. Some succumbed to trials, some went with the flow, but some women were refined through hard times and emerged out as history-makers!

One such woman was Ida Scudder the founder of the famous Christian Medical College(CMC), Vellore. She was a third generation medical missionary of the reformed Church in America. As a girl, her last idea was to spend her life in India, even though it might be the Scudder family tradition. As a child in India, she saw famine, poverty and disease. Remarkably God changed her mind and used her to start one of Asia’s foremost teaching hospitals in India. She dedicated her life to the plight of Indian women. Ida Scudder is one among the many women missionaries that God has used as mighty instruments for his purpose.

This day, our message to all the women out there, we know that the journey is not as pleasant as the big picture appears. Often we feel lost, worn out, defeated and hurt. No matter how tough the life in here, God is more than able to use those who are willing to submit themselves into His hands. Deborah lead a war for her nation, Ruth made the wisest decision and became known for her virtue. Queen Esther changed the destiny of a race and many others as recorded in the Bible. All it matters is whose hands you are in!