Manny Pacquiao : I rather obey the Lord’s command than obeying the desires of the flesh. @johnnybantilan @david.sisson @jinkeepacquiao

- February 20, 2016
Manny Pacquaio has been under fire by various opposing bodies for the statement he made in relation to LGBT marriages. In an interview, The Former World Boxing Champion said that ”Gay People are Worse than Animals”. He has since been heavily criticized for the statement and was even yanked off an endorsement deal by Nike because of his this statement. Manny Later apologized, but recent post on Instagram and Facebook indicates that he is not done yet.
According to his Facebook page 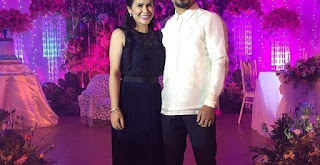 ”I rather obey the Lord’s command than obeying the desires of the flesh. Im not condemning anyone, but I’m just telling the truth of what the Bible says. The truth from the Bible is what changed me from my old ways. 1 Corinthians 6:9
“[9] Or do you not know that wrongdoers will not inherit the kingdom of God? Do not be deceived: Neither the sexually immoral nor idolaters nor adulterers nor men who have sex with men.”


Pacquiao, who is a conservative Christian will be running for a seat in the senate in his Native Philippines

Pacquiao, who was beaten by Floyd Mayweather last year in the “fight of the century”, is due to face Timothy Bradley Jr in April and will then step up his career in politics.
News