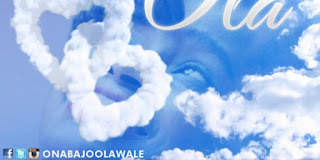 Splendour Music Queen and First Lady, the exceptionally gifted Onabajo Olawale, professionally known as OLA, is at it again.
Known to have worked with the industry’s finest to deliver back to back hit tracks, this time she blesses her fans with a timely song with a timeless message of love.
Her husband, Seunlafunmi Onabajo has been a huge support to her career and ministry. No wonder she dedicates this wonderful love song titled ADE ORI (roughly translated to “Crown of My Head”) to eulogize him. The song is also dedicated to husbands of valor out there married to (or hoping to get mar ied to) virtuous women.


The song was produced by El-Joe. The video was filmed by  MagnumN3 Production and cameo appearances by Seunlafunmi CEO of Splendour Records and Husband to OLA, Atabatubu of Orisun TV, De-Host and Oyez of GospelNaija