- February 13, 2016
With the support of her family (The Akubuikes’), Pst. Ben Kadiri and her music mentors; Pst. Marvellous Osunde and Mr. Noah "Kbk Jnr" Momodu, she has grown in leaps and bounds and from strength to strength in her musical career. 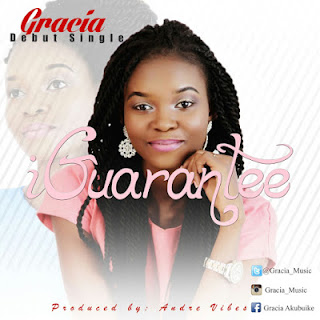 Gracia has ministered at great gospel events serving as a back up vocalist for multiple award winner Min. Joan Paul on same stage as other A-List Music ministers such as, Sammie Okposo, Pita, Eben, Victor Atenaga, Nikki Laoye, Efe Nathan, Tim Godfrey amongst others. Aside that, she is also one of the anchors that rocks the mic for some of the prestigious Red Carpet Moments on Pro-Claim TV Show's "Pro-Claim Event Special"

I believe my debut single “iGUARANTEE” will touch and impact lives as well as win souls over to God because every lyric is inspired by the Holy Spirit.  Produced by Andre Vibes.