He Loves Me Music Download By Chioma Okereke – @dsoniaokereke

- February 14, 2016
Chioma Okereke, has struck a balance in life with career and music.  The soulful singer, actor and songwriter who cites influences from various artist accepts the call to speak the truth and pour every ounce of her being into her music, without taking herself too seriously. She is out with a brand new single titled He Loves Me. The song is a soulful sound expounding God’s love. 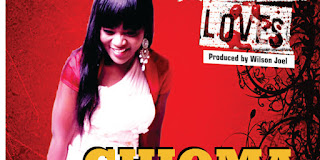 Artist Brief Bio:
Raised from a family of entertainers, Chioma is the younger sister of one of Nollywood’s most successful actors Stephanie Okereke and has other siblings plying their trade in the entertainment industry.

She is fast becoming a rising voice in the Nigerian gospel music industry. This equilibrium is evident in her New Single “He loves me” produced by Ace award winning producer Wilson Joel. This song is bound to make you worship and Praise God, the lyrics are powerful, rhythm sweet, melody a blessing and production sheer genius.


Her debut album “Homage to the King” was released in 2013, and was a massive success, featuring hits like Chidera, Holy and Thank you. Her passion for worship drives her to reach people and encourage them to live for something greater than themselves. That is what her music ministry brings when you listen to this anointed minstrel.

Her next album project is expected to be released soon. It’s a worship project that aims to allow anyone who listens to be free to worship and express their love for our Lord. It’s bound to minister and bless all kinds of people, the young, old and restless.