- February 13, 2016
Nashville, TN (February 12, 2016) – Hit recording artist, songwriter, producer and worship leader Todd Dulaney has launched the worldwide release for his much-anticipated upcoming sophomore album A Worshipper’s Heart, revealing the album cover, track listing, and the new song “Victory Belongs To Jesus,” with the album pre-order available now on iTunes, Amazon, and Google Play. Calling a worshipper’s heart, “a heart that thirsts for any and every opportunity to be in the presence of God Almighty,” Todd Dulaney’s aptly-titled album captures a transcendent live worship experience, unifying listeners under God’s powerful love and guidance, from the album’s live recording in Naperville, IL. 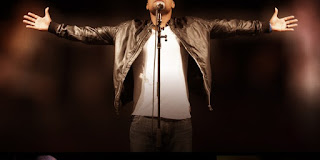 Scheduled for release on Friday April 15, 2016, Dulaney adds, “This album being released is one of the greatest faith victories I’ve ever experienced. I trusted that God would give me a chance to sing for Him, and He has.” Featuring 15 tracks, A Worshipper’s Heart includes the triumphant “Victory Belongs To Jesus,” and Top 10
hit gospel single “The Anthem” (from Planetshakers), praising God’s power, loving sacrifice, and unifying kinship under faith, as well as “Higher,” “Free Worshipper,” “Fall On Us,” “Put the Attention on Jesus,” and more.

Moving audiences around the world with his powerful worship, Dulaney will be hitting the stage to perform at the Stellar Awards Pre-Show on Friday February 19th in Las Vegas, NV, as well as performing at his album release celebration in his native Chicago, at the Living Word Christian Center on Wednesday April 6th in Forest Park, IL, among other upcoming dates.

Stay connected with Todd Dulaney at: