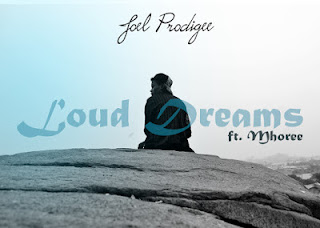 Joel Prodigee is a rapper, song writer and aspiring producer popularly known for his new school sounds laced with tight flows. This song which he titles "Loud Dreams" Ft. Mhoree, talks about the enormity of his dreams and his determination towards making those dreams. Mhoree came through with a tight hook to seal the joint.

Last year, the young rapper, alongside Dayve, put out a successful debut album titled, "THE 7TH DIMENSION EP" which won the hearts of many including RRHP (a Hip Hop movement).

Joel is currently a member of this movement alongside Gamie, DaBoomsha, XL2letters, Wallz and Dayve.