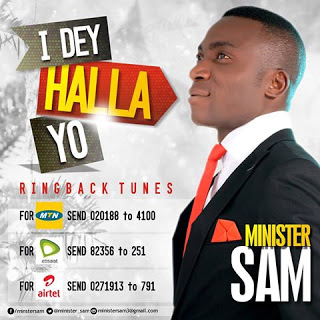 Minister Sam, the "Onye" crooner is at it again. Apart from been a praise and worship leader, the Delta state University music graduate has a special gift in music composition. "I Dey Holla Yo" is one of those songs he composed and released few years back. The song was a huge success around Edo and Delta state. It won the Best Pidgin English Gospel song on earth in 2013 (courtesy GospelCentric).

As he gets ready to start work on the video of this beautiful song, Minister Sam wants you to hear the song again. And for those of us that never heard it before, receive it as his new single.