Be A Christian in a Non-Christian World Part 04

Be A Christian in a Non-Christian World Part 04

(Titus 2:1-15)
Any nation of the world would be puzzled when they saw this, wondering why the Israelites worshipped an empty space! (We know, of course that this is to teach the world that God is a spirit and that those who worship Him must do so in spirit and in truth). Besides this, there were also many other ways in which Israel was distinguished from the rest of the world as being God’s special people. But there was another purpose, besides that of distinguishing them from the rest, and that is: through these special laws and practices of Israel, God was revealing Himself to the world. What Israel was, as a nation belonging to God, was meant to reveal God Himself. They were meant to represent God to the world by what they did, by what they said, by what they believed and practiced.
And if they had faithfully followed these things, they would have fulfilled God’s purpose. But because of the problem of sin, they failed to do this. 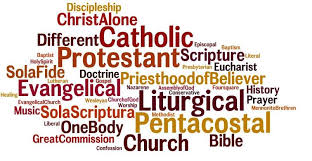 READ ALL THE TOPICS ON THIS SERIES HERE: