Born in the United States but raised in Ibadan, Nigeria, Johnny Praise was raised in a family that loves music. He was influenced by his uncle and aunt who are gospel artists. He was also influenced by a lot of gospel musicians in Nigeria, the likes of Gbenga Wise and Soji Isreal. Internationally, he is inspired by gospel artists like Israel Houghton, Detrick Haddon and Chris Tomlin.

Johnny Praise released his debut album titled CREATED ME in the summer of 2013. In 2015 he followed up with his sophomore album titled ONLY YOU. Both albums are now available on Google play, Spotify and itunes. 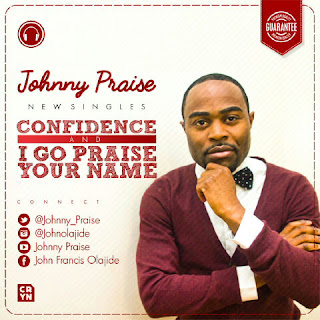 His vision is to create an atmosphere of praise and lead people into God's presence with his music.