- October 03, 2015
Syntyche (Sintiki) Yohanna is a creative, determined individual, passionate about inspiring and passing a strong message across. She hails from the North, was born in Yola in the 80's moved to Lagos, and later settled in Abuja in the early 90's. Being the second child in a nuclear family she has always had a flair for music in all its forms. In her formative years she found herself musically championing school musicals and participating in carol nights.


Her hard work, and commitment is evident in her ability to pursue her academics and be a recording artist at the same time. She graduated from the University of Abuja and has obtained a Masters from Northumbria University in Public Health. 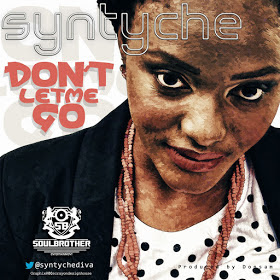 She professionally started singing over 10 years ago, has been privileged to perform at book launches, share the rhythm unplugged stage with a number of popular artists in the past, and appear in the popular Nigerian show 'Nigerian Idols'. She was vocally part of the 'Say Yes' song which was performed at the villa. From 2011- 2013 within the Federal Capital Abuja she has voiced a number of Jingles for a number of radio stations which are still getting air play till date.

For her music is more than possessing the skill to execute melodies but is a mechanism to spread positive word and is complete art in its best form. Her Debut album titled 'Synthesis' was released in 2014 which successfully showcased versatility, vocal fineness and uplifting inspirational messages.
Over time not only has she grown musically but in elegance and grace, additionally she has evolved perfecting her sound and style in order for it to distinctively stand out amidst the many sounds out there today.

She is currently signed to SoulBrother Entertainment.

Jesus Is Coming Again for His! are You Read? Prepare now to meet Him on that Last Day!!!
Download