Maureen Sings is out with another beautiful single titled "Never The Same". Produced by ChetBeats. The worship song will remind you of the love of God in your hearts. This beautiful tune has been enjoying airplays and request by fans. 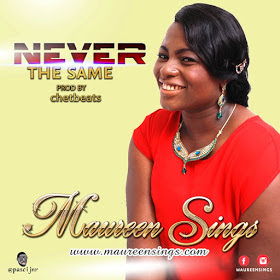 Maureen Sings fondly called "The Voice of Imo" is a versatile vocalist, performer and entertainer. The Lagos born singer who is from Imo state is ready to unleash her potentials to the world.

Having worked with great gospel acts and also released her first album titled "Grateful I Am". Now she's out with a single off the album titled "Never The Same".