Gospel artiste with a phenomenal voice, Father Ralph presents the distinctive upbeat single "E Jekalo", plus a bonus – "Awesome Grace" which is somewhat retrospective of the musical romanticism of the 18th century due to some of its elements that portrays qualities of an original Roman Catholic composition but laced with contemporary musical elements that gives the relatable appeal.

"E Jekalo" expresses the joy of being in the presence of the Lord while "Awesome Grace" talks about the gift of God that saves and is available to all mankind.

Rev. Fr. Raphael Obichie commonly known as Father Ralph is a Catholic Priest of the Metropolitan Catholic Archdiocese of Abuja and an international Gospel artiste. He is currently on promotional tours for his luscious and well produced album – "Awesome Grace" – which bears same title as the single.

Father Ralph touches both extremes of the Gospel music from classical to urban and contemporary music as depicted by the 2 singles being released. This has spurred him to work with ace musicians like Onyeka Onwenu on his song "You Will Never Let Me Down'' and producer Wole Oni who produced "E Jekalo" and "Awesome Grace", amongst others. 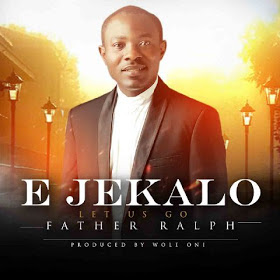