And it just keeps getting better! As we draw to the end of the year 2015, which has been nothing short of mind blowing musical projects, concerts and anointed musical offerings from the many talented Gospel artistes, world over. Here's another one for you, from the only GAMiE as he announces the release of a double musical album titled - "Beyond Words" & "T.T.S.S" [Thinker Tailor Soldier Spy]. The rapper, producer and OAP shared the news using his official Instagram account.

At a time when most artistes are skeptical about dropping albums. GAMiE goes against the odds to debut with not one album but two albums. The GMBJ boss drops both albums under his record label GMBJ RECORDS. The albums will be available on online stores such as iTunes, Amazon, CD BABY and others. The double album "Beyond Words" & T.T.S.S is slated for release on the 30th of October 2015. 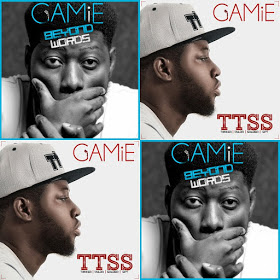 Love in the World (Devil herself) is a stain that can be wipe away 2ru the Word of God! Locate a Kingdom program now and be taught d full Gospel! and Repent of All your Sinful and Old ways of Live!!!
News