Off the alter and into the booth, Fada Sheyin takes the Gospel as he is about to offer 2 astounding singles off his album "It Is Possible". The Abuja based Gospel artiste and Priest is not your every day clergy man, he confronts with an unusual funkiness in his demeanor and style, this has transcended into his fashion and music as well.

"It Is Possible" featuring Gospel sensation Samsong is a song of hope and also the title of Fada Sheyin's album.

"The song "It is Possible" is a very special song. The song tells my story which could also be the story of any one. The central message is that; amidst the vicissitudes of life, God always has an ultimate purpose for us and He is always able to make this possible. With God all things are possible." - Fada Sheyin says.
Fada Sheyin has a knack of working with the best hands who contributed to warping the varieties of sub-genres noticeable on his album such as Wole Oni, TKlex, Samsong, Henrisoul, Ify Benson, Reigny Franklin, Niyi P, DonSam, amongst others, little wonder he brought in the prowess of another Gospel heavyweight - Solomon Lange - on the 2nd single he will be releasing off the album titled "Yabo".
"Yabo" is a song of praise and haven listened to the rendition, one will agree that the composition is a befitting praise to the Most High. Both Fada Sheyin and Solomon Lange put their creative and spiritual genes to an effective work.
"Solomon Lange is very important to my album project", Fada Sheyin said. "You know he has a critically acclaimed single with the same title so it was only right I bring him in on mine and I'm stunned by what we have achieved."
From the Southern part of Kaduna State, Fada Sheyin was ordained on 5th of February 2014 at the Metropolitan Archdiocese of Abuja and presently works in Holy Cross Catholic Church, Gwarinpa, Abuja. He became active in music in 2009 and dropped his first album titled "It is Possible" on the 14th of April, 2015. The album features artistes including Samsong, Solomon Lange, Henrisoul, Temple, Ify Benson, Donsam amongst others and he also worked with renowned producers such as Wole Oni, Niyi P, T-Klex and Donsam. 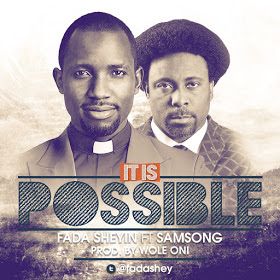 "It is Possible" featuring Samsong and "Yabo" featuring Solomon Lange will be released on the 27th of October. "It is Possible" was produced by Wole Oni alongside other tracks in the album while T-Klex produced "Yabo". Fada Sheyin has also rounded off works on the video of the album-title single with music video director Unlimited LA, the video will be released next month.

About the "It is Possible" project, Fada Sheyin concluded; 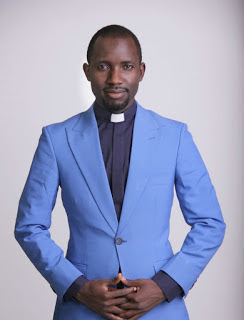 "Of course, nothing good comes easy and indeed the entire project was not easy but with God all things are possible and feasible."