Stenz Isn't Just a Name, It's a Movement! #StenzMovement || @funmistenzm

Stenz Isn't Just a Name, It's a Movement! #StenzMovement || @funmistenzm

It's been months of a break after she released 3 wonderful singles (3nity singles) late 2013 and the video of one of the tracks titled ‘Ololufe’ in the year 2014. 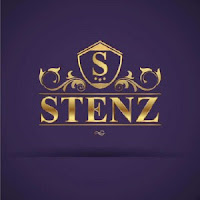 The song "Ololufe" was loved by many as it blessed so many lives. Stenz is known for her unique contemporary style of singing any genre of music.

Now, she is out to re-introduce the brand STENZ, in a unique way than before. According to her, "Stenz is more than a name, it's a movement and that movement is set to take over the world."

She urges youths and everyone to join this movement that is set out to reach out and meet needs both spiritually and physically.


One of her ways of meeting the needs of people is in making beautiful songs. She says, watch out for the next single to be released soonest from the album - ‘Holy Ghost Delivery’ to be released before the year runs out.


"We are taking Stenz to the world", she concluded.