Victory Benard Ofuokwu aka Vick Benard is a graduate of Economics Education from Delta State University, Abraka, he also holds a Grade 2 certificate from The Associated Board of Royal School of Music, London. 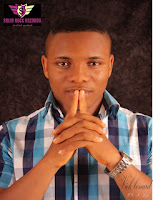 Vick started music as a child in the children ministry fully guided by his Christian parents, years later he grew up to be an evangelist through music under Mountain of Fire and Miracles Ministries.

He is the founder of Solid Rock Records and the D.S.L.O Innovations, a record label and distribution channel for upcoming Gospel artistes. He is currently serving God under his denomination as an accountant.