The fast rising producer & recording artiste of RockTown Records, Gilbert Joseph popularly known as Gil Joe was spotted hanging out with international music minister, Micah Stampley [featured on one of Nathaniel Bassey’s new singles – This God Is Too Good]. 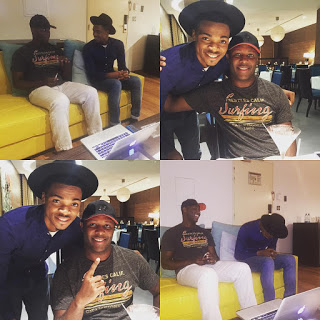 This is solely a proof that the grace of God is tremendously at work in the life of Yang Billie, as he is fondly called. The special hangout was revealed by CEO RockTown Records, Frank Edwards who took to his Instagram page to share to the world, a memorable day.

Gil Joe has shown the world that he possesses what it takes to move Gospel music to the next and higher level in our generation. The World Better Prepare! Get ready for his upcoming album project as details for release would soon be announced.