FLOROCKA, also known as 'Akinwunmi Nathan Oluniyi Akiremi', has been into the music and production business for over 20years. Through God's unending grace, he's an accomplished producer, sound engineer, singer, songwriter and everything else awesome. 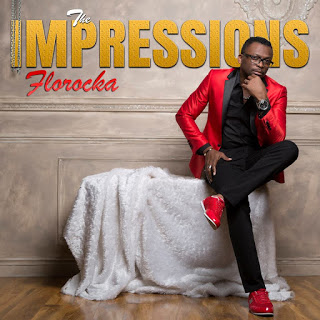 Having released "Bragadaba" & "Pamuregeji" sometime this year, these two tracks serves us a glimpse of what's to come from the "Impressions" album.


In a close interview with the maestro, FLOROCKA, he says;

PRAISECAMP: What's the title of your next album?


PRAISECAMP: Why the title 'IMPRESSIONS?'
FLOROCKA: Lol. I titled it that way simply because upon listening to the album, various impressions will be left upon your mind. The album has the capacity to leave you with positive effects of joy, deep thinking, encouragement, counsel and so much more. Songs such as 'Pamuregeji', 'Sokè Lokè', 'Maserekere' and 'Wetin Konsain You' are bound to leave you elated!


FLOROCKA: Why? Wetin konsain you!!! Hahaha. 'Wetin Konsain You' is quite an interesting story. It's almost a rhetorical question. It borders on the negative outlook certain people have on other people's lives. Some people would rather focus on the negatives in the lives of others rather than the positives. They'd rather break down your spirit as opposed to building you up. 'Pamuregeji' is a song of encouragement. Growing up as a boy scout and military personnel, we sang songs during our jogging hours that went like.. 'My name, my name my name.. Pamuregeji!' It was fun all the way! You know, life throws you curve balls and it could really leave you daunted. 'Pamuregeji'causes you to reflect and give thanks to God for all life throws at you. Trust me, it's an album to look forward to!