Following the successful release of his powerful song "Glory" which became a trending topic on Twitter and Facebook in just two hours of its release, which also received airplay, massive downloads and shares from all over the world, prolific music artiste, Awesome Osisindu has announced that he will be releasing an EP titled "My God Is Awesome" to commemorate his birthday. 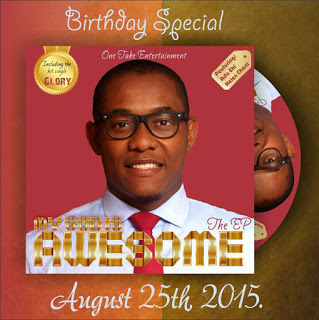 According to him, the EP will be an album of four to five tracks expected to be released on his birthday which is August 25th. Awesome, who released a mixtape in December 2013, is working on his first album and has decided to give us a taste of the album with this EP.

The album can be bought from CD Baby, the popular digital music store and also from Spinlet when it's released online.