It’s been four years since GRAMMY® winning recording artist, songwriter and super producer, Kirk Franklin, released his own music and now he’s back with a new single and question, “Wanna Be Happy?” The heartfelt new offering was released on all digital music providers and made its radio debut on the nationally syndicated Steve Harvey Morning Show. “Wanna Be Happy?” is the first single from Franklin’s forthcoming eleventh album scheduled to be released in November on Fo Yo Soul Recordings / RCA Records.

Kirk, who has penned and produced songs for fellow artists including Gladys Knight, Tamela Mann, Jill Scott and Stevie Wonder, has been busy cultivating the talent on his new record label, Fo Yo Soul Recordings , executive producing his own channel, Kirk Franklin’s Praise, on SiriusXM and hosting BET’s gospel singing competition, Sunday Best. Now the nine-time GRAMMY® Award winner, returns to the artist spotlight and is excited about his new body of work. 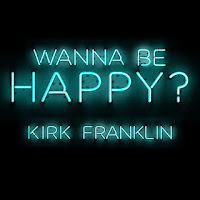 Kirk explains the inspiration for the new single:

“Every human being was wired with the desire for happiness. And we will try different things all in the pursuit of that feeling. With this song I’m saying if you really want to be happy, you have to start with the originator. My goal is to try to lead people to the manufacturer of their souls.”

Listen to the song below:


Kirk will perform “Wanna Be Happy?” for the very first time on the Season 8 Live finale of Sunday Best airing Live on BET on Sunday, August 30th.

ABOUT FO YO SOUL RECORDINGS/RCA RECORDS

Fo Yo Soul Recordings is a joint venture between gospel music icon Kirk Franklin and RCA Records. The Dallas-based inspirational music label, which was established in 2013, showcases some of the genre’s most talented emerging artists and established performers.

For more information and the latest news on Kirk Franklin, also visit: